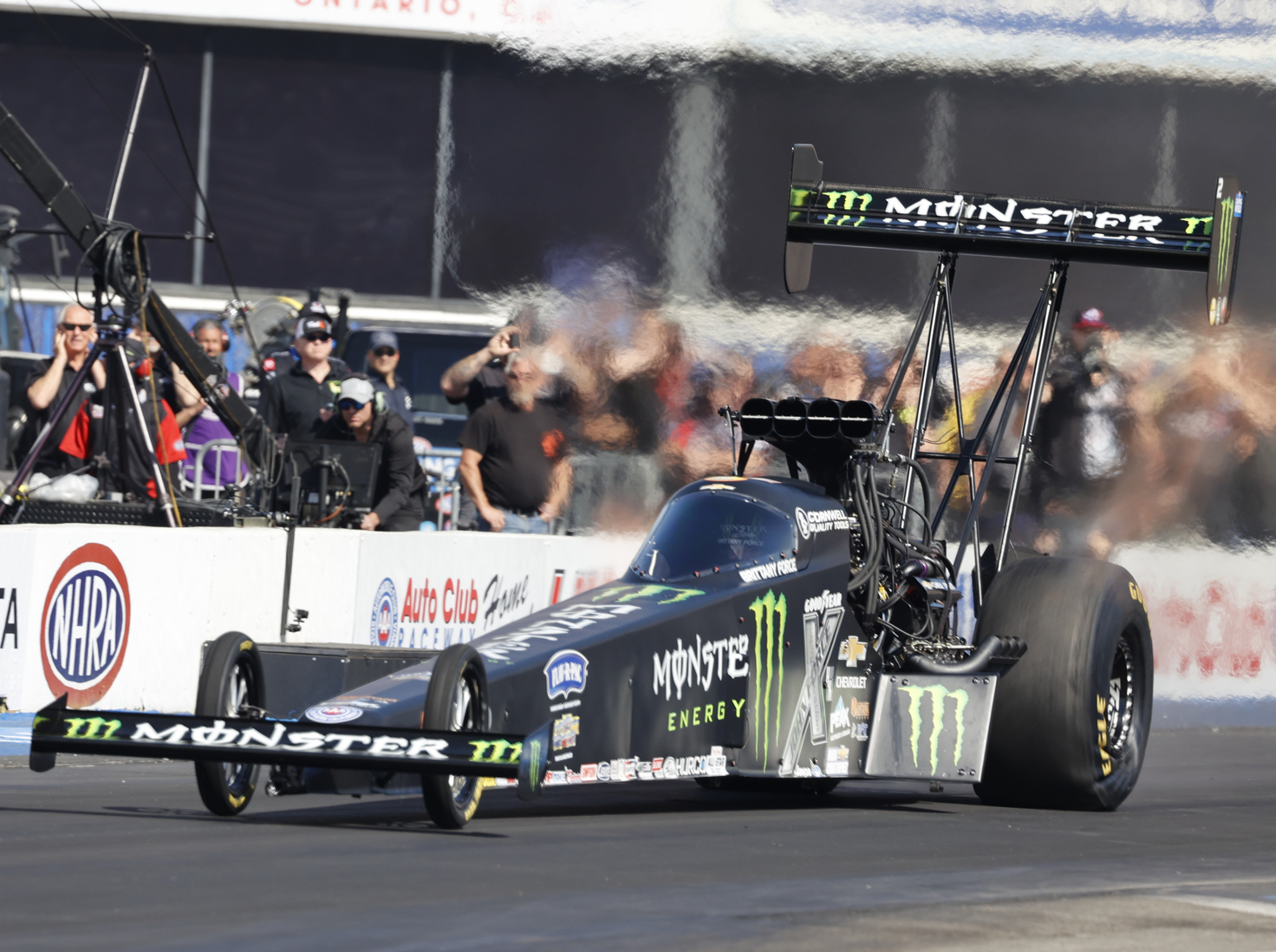 GAINESVILLE, Fla. (March 09, 2022) – Brittany Force and the Monster Energy / Flav-R-Pac team have shown that performance will once again be no issue for them in the 2022 NHRA Camping World Drag Racing Series season. They enter this weekend’s prestigious Amalie Motor Oil NHRA Gatornationals at Gainesville Raceway with confidence after opening the season with two promising performances.

Seeming to pick up right where they left off, Brittany Force and the Monster Energy team started the 2022 off with a strong season-opening Winternationals. The David Grubnic and Mac Savage led tuned team entered race day from No. 1 for the 33rd time in Force’s career and the 23rd time in her last 46 starts. At the Arizona Nationals, Force and the Monster Energy team showed some consistency when they were quickest during the warmest run of qualifying and picked up their performance during eliminations despite a second-round exit.

“This Monster Energy / Flav-R-Pac team has had a good start to the season. We are heading into the Gatornationals sitting fourth in points and we’re only two races in,” Force said. “I’m looking forward to building on what we’ve already done and moving forward.”

Force and the Monster Energy team will be building on an already well-established base as they head to Gainesville Raceway. Force set the track elapsed time record at 3.860-seconds in 2019 when she and Robert Hight both were No. 1 qualifiers, one of only 12 times that John Force Racing drivers have occupied the No. 1 positions in both nitro categories at the same event. She also set the track speed record at 331.94 mph in her most recent appearance in 2021.

“The Gatornationals is one of the biggest races on our circuit. It will always be a special place for me. I grew up going to that race and I got my first professional win at that track in 2016. I’m excited to be heading there with my Monster Energy / Flav-R-Pac team this weekend,” Force said. “This weekend also holds a race within a race with the Pep Boys NHRA All-Star Callout on Saturday. Out of the eight drivers, our team is qualified in the second position. We are all excited to be in the chase for this specialty race and that $80,000 prize. It’s going to be an eventful weekend, I’m excited to be in the mix.  I’m looking forward to being back in Florida and in the mix of such an eventful weekend.”

Force is the No. 2 qualifier for the inaugural Pep Boys All Star Callout. She’ll be racing for her first win in a shootout competition. From 2013 to 2017, Force qualified four times for what was then the Taxxas Shootout held at the U.S. Nationals in Indianapolis, Indiana.

The Amalie Motor Oil NHRA Gatornationals at Gainesville Raceway March 11-13 begins with a single qualifying session on Friday at 5:30 p.m. Qualifying continues Saturday with round one of the Pep Boys NHRA All-Star Callout serving as round one of Top Fuel at 11:45 a.m. The final session of qualifying will either be second round of the Pep Boys Call out at 1:30 p.m. or regular session at 2:45 p.m. The finals of the Callout will take place between Top Fuel and Funny Car qualifying at 3:15 p.m. Gatornationals eliminations are slated for 11 a.m. on Sunday. Television coverage of the Pep Boys Top Fuel All-Star Callout airs at 2 p.m. ET on FOX Broadcast Network. Qualifying airs Saturday at 10 a.m. and 7 p.m. ET on FOX Sports 1 (FS1) and eliminations air Sunday at 7 p.m. ET on FS1.