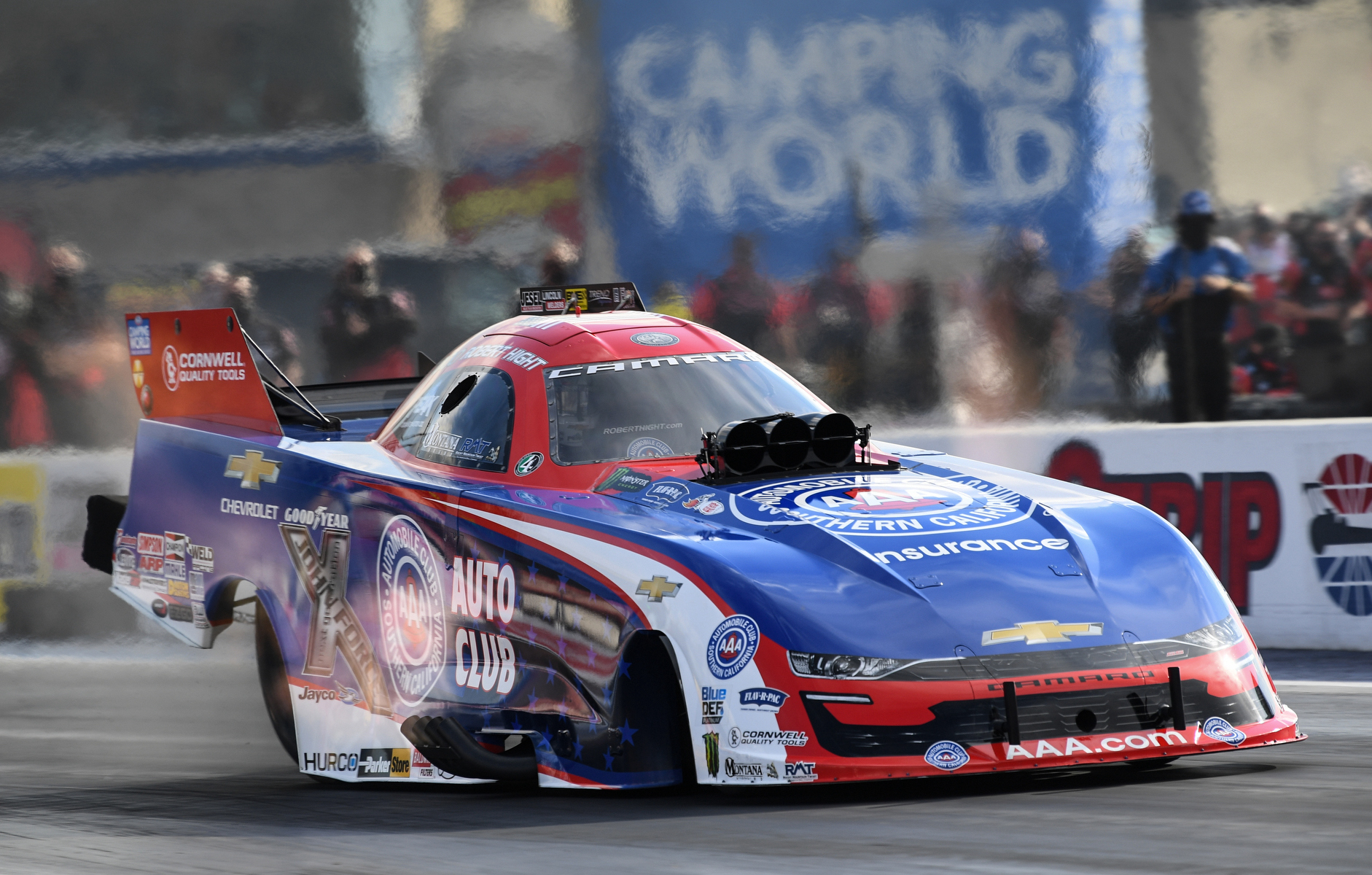 COMMERCE, Ga. (April 28, 2021) – Sitting third in the NHRA Camping World Drag Racing Series points standings, three-time world champion Robert Hight and his Automobile Club of Southern California Chevrolet Camaro have quickly shown they have what it takes to be the Funny Car to beat. This weekend, at the final running of the Lucas Oil NHRA Southern Nationals at Atlanta Dragway, Hight and the Auto Club boys will once again flex their muscle as they chase their first win of the season.

In just two events Hight has recorded a runner-up finish, a No. 1 qualifier and had low elapsed time (ET) of an event. At the Gatornationals, Hight raced his way to the final round and at the Vegas Four-Wide Nationals he was quickest each of the qualifying rounds and bettered himself with low ET of the event during the first round of eliminations on Sunday.

“This Auto Club car has what it takes. We’ve been working out some gremlins, did some testing Monday after the Vegas race,” Hight said. “Vegas went really well for us, we looked great through qualifying and that first round. We ran into some trouble at the end of that low ET run and these guys, myself included, had to put in the work for the next round and it just wasn’t quite enough.”

Heading into what will be the final NHRA national event at the storied Atlanta Dragway, Hight will be racing for his fourth win at the facility. He has earned the No. 1 qualifying position twice, most recently in 2019, and his six final round appearances match his most at any event, the others include the U.S. Nationals in Indianapolis and the Winternationals at Auto Club Raceway in Pomona, Calif.

“I still think this Auto Club Chevy is the best Funny Car out there. We had some bad luck, but things are falling into place. I have no worries at all that we’ll be going rounds and picking up wins starting this weekend at Atlanta Dragway,” said Hight who set the track ET record at 3.880-seconds during the 2017 event. “We’ll keep doing what we know how to do, being quick and fast. Jimmy Prock and Chris Cunningham will have this thing tuned in.”

The Lucas Oil NHRA Southern Nationals at Atlanta Dragway will take place over two days. Qualifying for the event will start Saturday at 1:15 p.m. ET with a second session at 5:15 p.m. ET. Eliminations will take place Sunday at 11 a.m. ET. Fans can catch the action Sunday on FOX Sports 1 (FS1) with qualifying coverage at 10:30 a.m. ET and eliminations coverage at 11:30 p.m. ET.