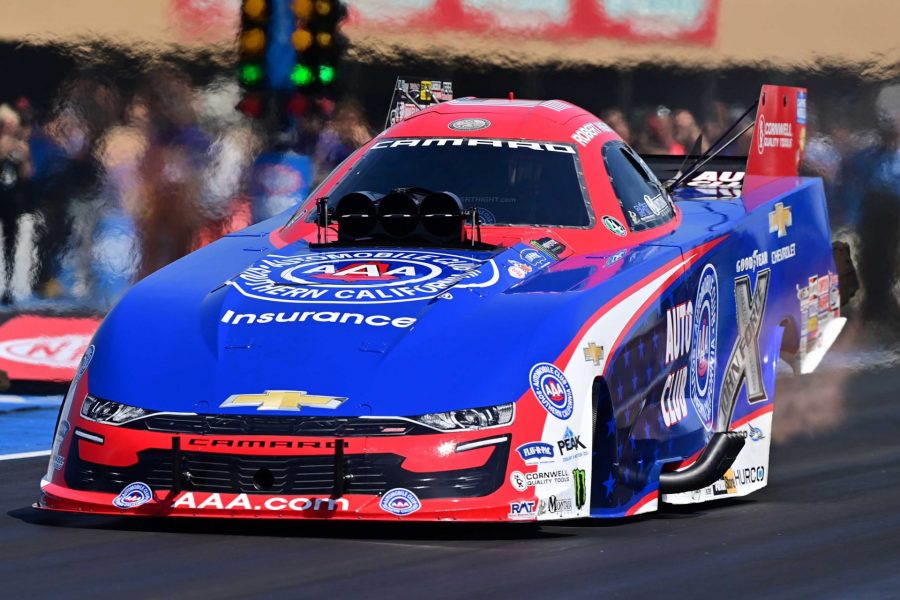 POMONA, Calif. (July 28, 2021) – A second win in the 2021 NHRA Camping World Drag Racing Series season has Robert Hight and the Automobile Club of Southern California Chevrolet Camaro third in the championship points standings. Only 40 points back from the lead, another consistent weekend at the postponed Lucas Oil NHRA Winternationals, July 30-August 1, would put the Auto Club team in prime position as the NHRA Countdown to the Championship, NHRA’s seven-race playoffs, draws closer.

The victory at Sonoma Raceway’s NHRA Sonoma Nationals was his third consecutive at his hometown facility. It marks the 53rd Wally of his career and pushed him just past Joe Amato on the all-time win list. Hight’s first win was at the NHRA SpringNationals in Houston. Hight followed up that victory with a runner-up finish to team owner John Force at the New England Nationals, his second runner-up finish of the season, the first coming at the season-opening Gatornationals. The Auto Club team also earned a No. 1 qualifying position in Las Vegas, the first four-wide event of the season, where they were quickest each of the qualifying rounds and bettered themselves with low ET of the event during the first round of eliminations.

“We’ve started to find our stride, Jimmy Prock and Chris Cunningham had this Auto Club Chevy running on a string. After dropping a cylinder Friday night of qualifying, they had this thing dialed in. It,” Hight said. “I have a lot of confidence in my team. They’ve worked hard. It hasn’t been easy, we dropped down to sixth in points after an awful weekend at the Denver race. We learned some things in Sonoma. It was an unbelievable weekend and now we’re ready for Auto Club Raceway in Pomona.”

This weekend, Hight and the Auto Club team head to John Force Racing’s hometown track, just up the road from the corporate headquarters in Yorba Linda, Calif. Hight has had four wins at the Winternationals event alone, five total at the facility in a total of 10 final round appearances. The Auto Club Chevy has only qualified No. 1 at Winternationals but has done so four times, most recently in 2019. In 2020, the Winternationals was one of two races John Force Racing contested, Hight was the No. 3 qualifier and made it to the second round.

“Sonoma is my home track based on where I’m from, Alturas, CA. But Pomona is home based on where I am now, it’s home for JFR. Two home races in a row for me, I hope that brings us some good luck,” Hight said. “It’s an important weekend, all the upcoming races are important, with the Countdown just a couple races away, how close the competition is in Funny Car, we have to stay dialed in. It’s going to be an interesting weekend, racing in Pomona in the summer. Looking forward to getting this Auto Club Chevy in the winners circle at their home track.”