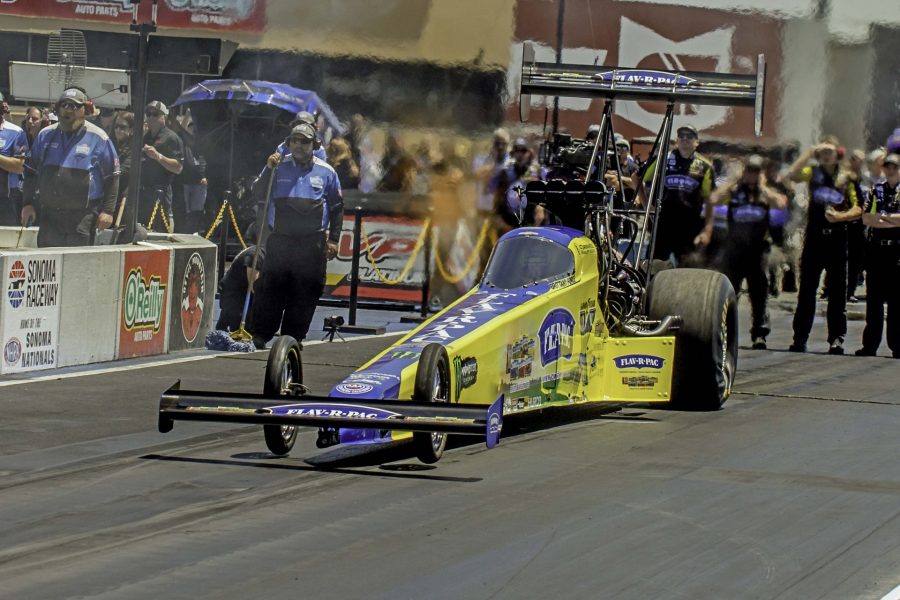 POMONA, Calif. (July 28, 2021) – Brittany Force and the Flav-R-Pac team have had their fair share of record setting runs and No. 1 qualifiers thus far during the NHRA Camping World Drag Racing Series season. The 2017 championship team is ready to turn those records into race wins as they head to her home track, Auto Club Raceway at Pomona, for the postponed Lucas Oil NHRA Winternatioanls July 30-August 1.

Force and the Flav-R-Pac team most recently earned their fourth No. 1 qualifier of the season, 24th of Force’s career at the NHRA Sonoma Nationals. At the first race of the Western Swing, the Mile-High NHRA Nationals in Denver, the team set a track elapsed time record during qualifying. Force also had track record and their second runner-up finish of the season, 25th of Force’s career, at the event in Norwalk, Ohio. Led by crew chiefs David Grubnic and Mac Savage, Force also earned No. 1 qualifying positions at the first two four-wide events at Charlotte and Las Vegas. Each were with John Force Racing teammates, Robert Hight in Vegas and her father, John Force, in Charlotte. At the Charlotte event, Force also set both ends of the zMAX Dragway track record and had her first runner-up finish.

“We’ve had great performance at our last couple races. Unfortunately, we’ve just come up short, made some mistakes but we are keeping heads up,” Force said. “Luckily, with this three in a row Western Swing, we get to head right into the next race. Wrapping up the Western Swing at my home track, Auto Club Raceway at Pomona.”

When she last visited the Winternationals in 2020, before the pandemic hit and all of John Force Racing sat out, Force had tallied the No. 1 qualifying position and made a semifinal appearance. Overall, at Auto Club Raceway at Pomona, Force has two No. 1 qualifiers and a win. Most memorably, she swept at the Auto Club Finals in 2017, earning the No. 1 qualifier, race win and securing the Top Fuel World Championship.

“This is my home track and a track I’ve had some success at in the past. I’m looking forward to getting this Flav-R-Pac dragster qualified in the show and going rounds on race day,” Force said. “This team is looking to turn our luck around this weekend.”