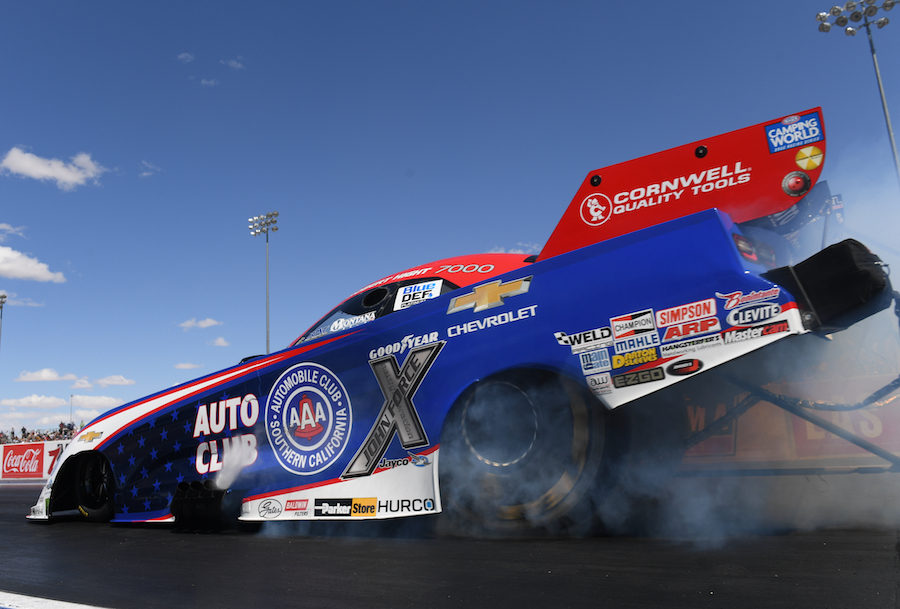 BAYTOWN, Texas (May 19, 2021) – After a productive test session, Robert Hight and the AAA Texas Chevrolet Camaro SS team are approaching the Mopar Express Lane NHRA SpringNationals at Houston Raceway Park having regained their confidence and determination.

Hight and the AAA Texas team started the 2021 NHRA Camping World Series season looking like the same championship caliber team that took the crown in 2019. They opened the season with a runner-up finish at the Gatornationals and in Las Vegas, the first four-wide event of the season, they were quickest each of the qualifying rounds and bettered themselves with low ET of the event during the first round of eliminations. In Atlanta at the NHRA Southern Nationals, the 51-time national event winning team ran into trouble to only qualify 12th and have a first-round exit. The gremlins continued at the most recent event at zMAX Dragway, Hight and the AAA team qualified 15th and had another early exit.

Now sitting ninth in points, Hight and his Jimmy Prock and Chris Cunningham led team took advantage of a day of testing at zMAX Dragway and are confident they have solved their problem.

“We knew there was an issue, and we just needed the time to figure it out. Once Jimmy and Chris identified what they thought it was, we didn’t waste any time working to fix it,” Hight said. “These AAA guys worked hard on Monday and we’re happy. It’ll be good to go into Houston knowing we’re going to be making solid runs and doing what we know how to do, and that’s win races.”

Houston Raceway Park is a track with both historic and recent success for Hight, he earned his first tour event win at the facility in 2005, just four races into his rookie season. Since then, he’s tallied victories in 2014 and 2019. Hight and the AAA Camaro have started race day from the No. 1 position twice, 2005 and 2018, and have made finals appearances in their last three appearances at Houston. They also set the track record speed of 331.77 mph in 2017.

“I always love racing in Houston. It’s a great facility, the Angel family have always put on great events. This AAA Texas team has had success here. It’s where I got my first win as a driver and we’ve been able to go rounds and qualify well,” Hight said. “We’ll have this Chevy running well and we’ll be able to repeat some of that success this weekend and move up in the points.”