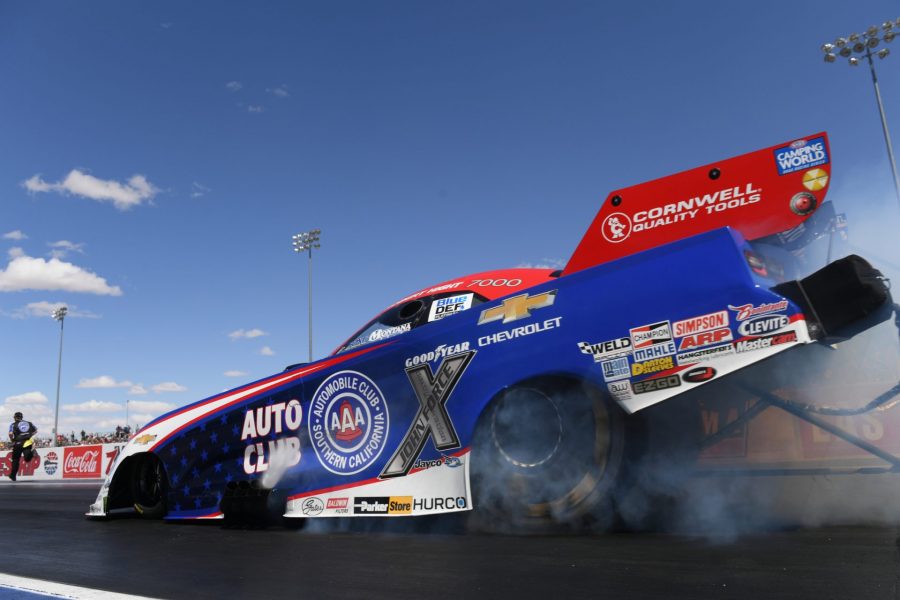 MORRISON, Colo. (July 14, 2021) – Robert Hight and the Automobile Club of Southern California Chevrolet Camaro SS team have held steady through seven races in the NHRA Camping World Series 2021 season. The Auto Club team will be counting on their consistent high-performance heading into the Dodge//SRT Mile-High NHRA Nationals at Bandimere Speedway as they look for more progress in their championship hunt.

Currently sitting fourth in points, just 17 from the top three, Hight and the Auto Club team started the 2021 NHRA Camping World Series season without skipping a beat coming in runner-up at the Gatornationals and in Las Vegas, the first four-wide event of the season, they were quickest each of the qualifying rounds and bettered themselves with low ET of the event during the first round of eliminations. At Houston Raceway Park, the Auto Club Chevy team raced to their first victory of the season, 52nd of Hight’s career which ties him with Top Fuel pilot Joe Amato for 12th on the all-time win list. Hight followed up the victory with a runner-up finish to team owner John Force at the New England Nationals and at the most recent even in Norwalk, Ohio, Hight qualified No. 2 and made it to the quarterfinals.

“This Auto Club Chevy team is working hard. All the crew guys, Jimmy Prock, Chris Cunningham, they’re putting in the work. It was a long break, but we took advantage of the time, they got a lot of work done at the shop to set us up for the three-race Western Swing,” Hight said. “I enjoy the back-to-back race weekends, it gives teams and drivers a chance to get in a rhythm, get some momentum.”

Bandimere Speedway has been good to the three-time championship team. With four wins (2005, his rookie season, 2010, 2014 and most recently 2017, the year he won his second championship) and three No. 1 qualifiers (2005, 2007 and 2019 when Hight last competed in Colorado and went onto win the championship), the Mile-High Nationals is a momentum starter for Hight.

“Denver is always a great race, Bandimere puts on a great show, and it’s always packed. It’s a great place to start the Western Swing,” Hight said. “The air is a little different so there’s adjustments to be made but Denver sets the tone for the next two races, whether it’s riding the momentum or motivation to get after it. The Western Swing is a good gauge for where you are in the championship hunt too, almost half-way through the season, nearing the Countdown. It’s where you want to really want things to start coming together.”