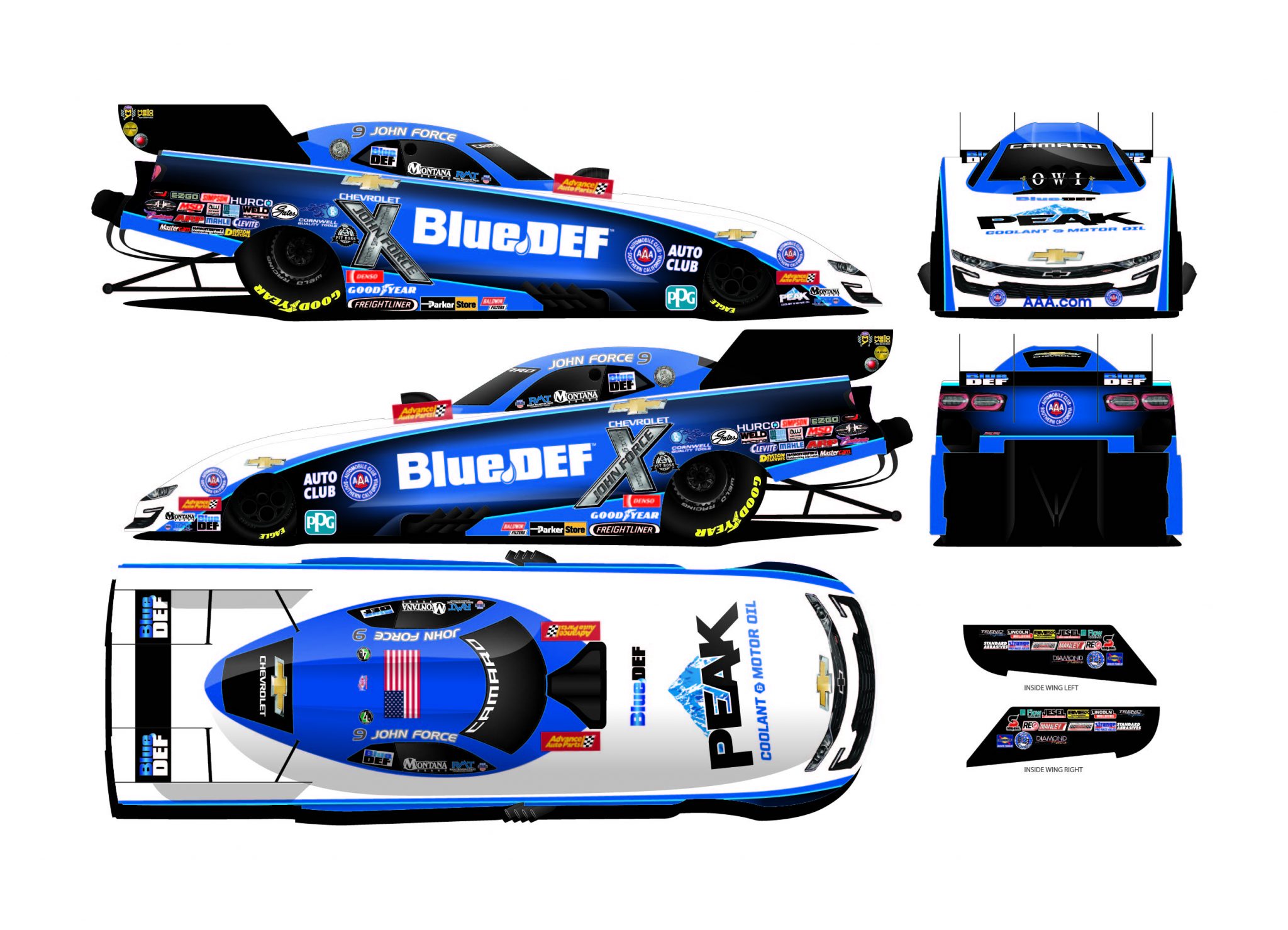 LAS VEGAS (April 3, 2019) — Funny Car legend John Force and his PEAK Coolant and Motor Oil team are gearing up and looking to continue their progress when they get to the DENSO Spark Plugs NHRA Four-Wide Nationals in Las Vegas, the first four-wide race of the 2019 Mello Yello Drag Racing Series season.

Force is in pursuit of a historic 150th NHRA victory and it seems only one thing is standing in his way, John Force Racing President, Robert Hight. Force has made two semifinal appearances, first at the Winternationals and most recently at the 50th anniversary Gatornationals, and had a quarterfinal exit thus far in 2019. Each of his round losses have been handed to him by Hight and the Auto Club team. The solid performances have Force confident in his PEAK Coolant and Motor Oil Chevy Camaro SS Funny Car team as they head to The Strip at Las Vegas Motor Speedway fourth in the points standings.

“Each race we’re getting this thing closer and closer to where it needs to be. Its moving fast so now we just need to go more rounds and get to the final,” said Force. “The PEAK guys have been putting in a lot of hard work and I know it will pay off soon, maybe at The Strip. Win 150 is around the corner for us.”

At last year’s inaugural four-wide at The Strip, Force had a clean pass in the second-quad but fell short of reaching it to the final. The winningest driver in NHRA history has seen success at the facility visited by the Mello Yello Series in both the spring and fall event. He has a total of 48 round wins, six Wally’s and three No. 1 qualifiers. In the spring event alone he’s won two times, 2010 and 2015, and has grabbed the No. 1 qualifier spot twice, 2002 and 2011. Force is also no stranger to the racing format and in 2010 won the first event of its kind at zMAX Dragway in Charlotte.

“I’m looking forward to getting to Las Vegas. Last year’s event was the first for us in the four-wide set up at The Strip and it was fun. We didn’t go rounds like we had hoped for but I’m hoping we can this time around,” said Force. “It’s exciting for the West Coast fans and exciting for us drivers too. There’s nothing like racing four-wide so it will be good to get back out there. We’ll be showing off BlueDEF colors this race for PEAK and this year DENSO is a new sponsor for us and it’s their race so that’s exciting too.”

Force and his PEAK Chevy Camaro SS Funny Car will be sporting a special BlueDEF branding at this year’s four-wide event. BlueDEF is a product of PEAK offering the purest diesel exhaust fluid for diesel-powered cars and trucks to help reduce emissions and improve fuel economy. Their lineup of products includes storage solutions, dispensers and pumps that ensure the best quality DEF solution for customers.