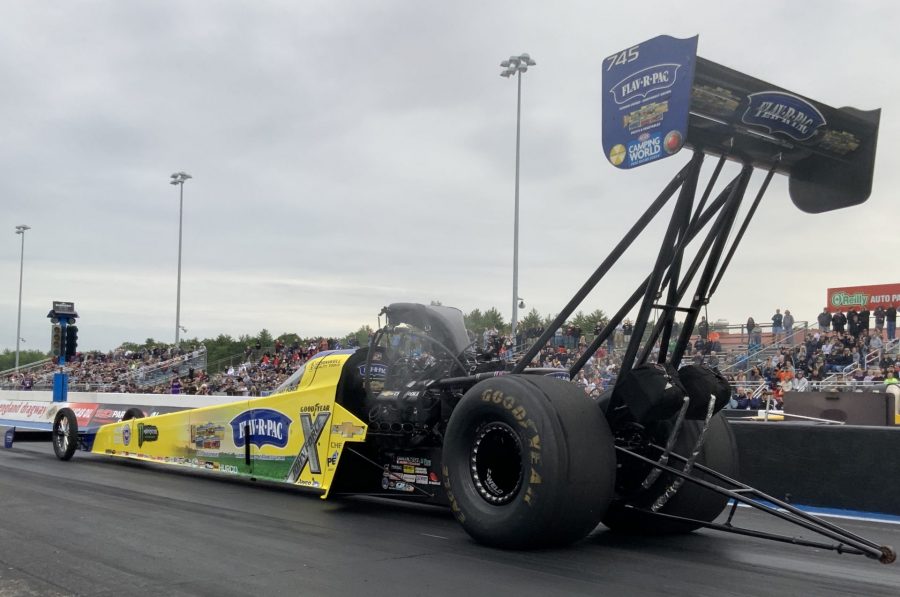 EPPING, N.H. (June 11, 2021) – With only one qualifying run on Friday night, the three John Force Racing hot rods are eager for Saturday at the TascaParts.com NHRA New England Nationals at New England Dragway. The Flav-R-Pac dragster of Brittany Force and PEAK / BlueDEF PLATINUM Chevy Camaro of John Force currently hold the No. 5 positions in their respective categories while the AAA New England Chevy of Robert Hight is sitting No. 12.

Only two of the 12 Top Fuel dragsters made full passes down New England Dragway on Friday evening. Brittany Force and her David Grubnic and Mac Savage led team went 300 feet before running into tire smoke to run 6.663-seconds at 87.22 mph.

“This Flav-R-Pac team had a big opportunity to push tonight considering the small field and we got a little too aggressive. With an .813-second 60-foot we were getting after it but drove into smoke,” Force said. “We will continue to push hard again tomorrow. We’re looking to be top of the field and have a long day on race day.”

The 13-car Funny Car field had the same issues as Top Fuel with only two cars making it down the track. John Force and the PEAK / BlueDEF Camaro went a couple hundred feet before they saw tire smoke to run 7.431-seconds.

“I’m not worried. We did some work on the cockpit over the two-week break and it’s good. We were a little aggressive tonight but so was everyone else,” Force said. “We’ve got two more tomorrow to hopefully move this PEAK Chevy up in qualifying and get us ready to go for race day.”

Coming off a win at the SpringNationals, Robert Hight and the AAA New England Chevy team ran into trouble at the starting line as they went into tire smoke immediately at the hit of the gas pedal to coast to 14.152-seconds.

“Not what we were hoping for tonight. We’ll get after it tomorrow,” Hight said. “Jimmy (Prock) and Chris (Cunningham), they’ll get this AAA Chevy running right, figure out the track and get us set for race day.”

Qualifying at the TascaParts.com NHRA New England Nationals continues Saturday with sessions at 1:15 and 5 p.m. Eliminations are slated to begin at 11 a.m. on Sunday. Television coverage of qualifying will air Sunday at noon on FOX Sports 1 (FS1). Eliminations will air on FOX Broadcasting Network on Sunday at 1:30 p.m.