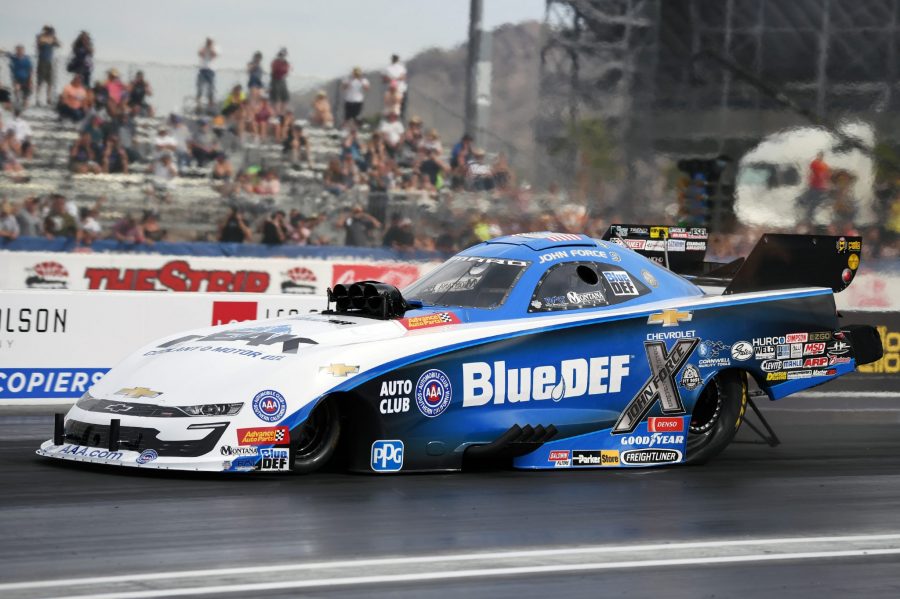 After failing to qualify for the Houston race for the first time in his career last season, ending a category-leading streak of 221 consecutive races without a DNQ, Force, in his PEAK Coolant and Motor Oil / BlueDEF Chevy Camaro SS, is now trying to win for the first time for new crew chiefs Brian Corradi and Dan Hood who, last year, tuned Courtney Force to four wins and the regular season championship as well as to the Houston track record time of 3.851-seconds.

“I love being in Texas. It’s a great race track. I didn’t do good there last year and didn’t qualify so I want to come in there with guns blazing,” said Force. “Brian Corradi and Dan Hood have given me a good race car. All I have to do is get my act together in the cockpit and we’ll be okay. I’m riding sixth in the points but I’m excited to get back and prove my stuff. It doesn’t matter how many championships you’ve got, its where you’re going to go next and it starts at Houston for me now.”

Coming out of the Las Vegas Four-Wide Nationals with a No. 6 qualifying position, a win in the first quad and a consistent race car, Force has put the 2018 season far behind him and is only looking forward to making more NHRA history in Texas. In addition to SpringNationals victories in 1990, 1991, 1993, 1996, 1999 and 2002, Force also won the now defunct fall race at Houston in 1999 giving him a record seven wins overall at the facility. His most recent win in 2002 was also his 100th career victory. He is chasing his 150th NHRA tour victory and is trying to extend to 32 the number of seasons in which he has won at least one NHRA national event.

“I got to get myself back on track. I wasn’t where I needed to be but I know how to get there, I’ve been there before. Las Vegas was a good weekend at Bruton Smith’s Bellagio II. We did some testing after; it went well, we’ll be ready for this weekend. I’ll see you all in Houston,” Force said.