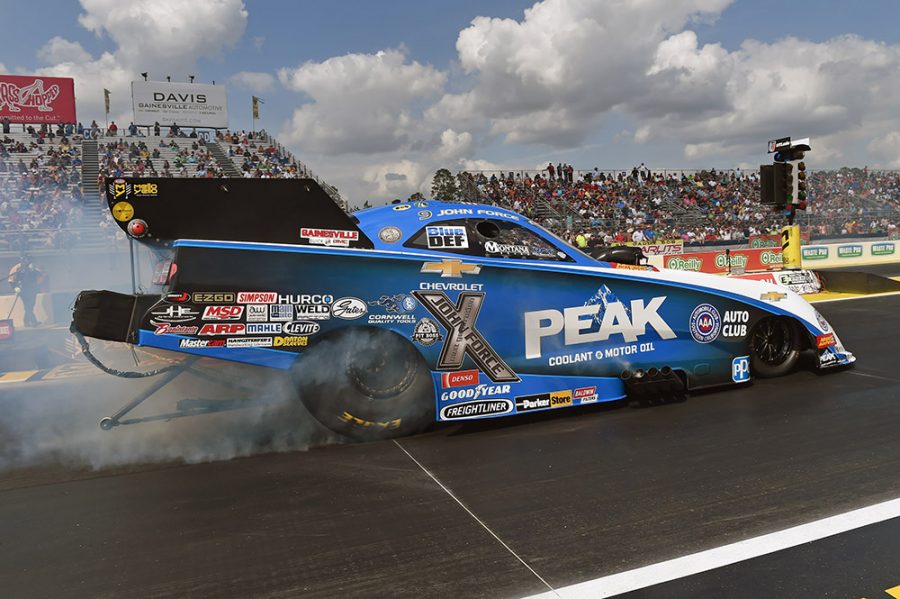 Such double-up victories are rare, but they do occur. In fact, Force shared such a moment with oldest daughter Ashley when he won the Funny Car title at the 2004 Auto Club Finals at Pomona, Calif. while she was winning in Top Alcohol Dragster.

Moreover, while he never was a same day winner with youngest daughter Courtney, now retired, the two did race six times in Funny Car final rounds, each winning on three occasions.

As a result, it’s not surprising that hoisting a trophy alongside Brittany would move to the top of Force’s competitive bucket list along with winning his 150th tour event. If the two occurred simultaneously, of course, that would become the biggest moment in a career of big moments for the Hall of Famer who’s been stuck on 149 wins since July of last year.

“To be able to race with my daughters is one of the greatest things in my career,” Force has said. “I wasn’t there to help raise them, their mother did that. I never thought they’d want to race so to be able to spend time with them out here where I’ve lived all my life, it gave me a second chance to be a dad.”

This year, working with new crew chiefs Brian Corradi and Dan Hood, essentially driving Courtney’s car from a year ago, Force already has established himself as a contender for an unprecedented 17th championship as well as a fifth victory at Bristol Dragway where he prevailed in 2004, 2007, 2010 and 2013.

He currently is third in points behind teammate Robert Hight due in no small part to the fact that Force is the only Funny Car driver who was not saddled with at least one first round loss in the season’s initial 10 races. That’s the kind of consistency that eventually will pay dividends. Force just hopes its sooner, rather than later.