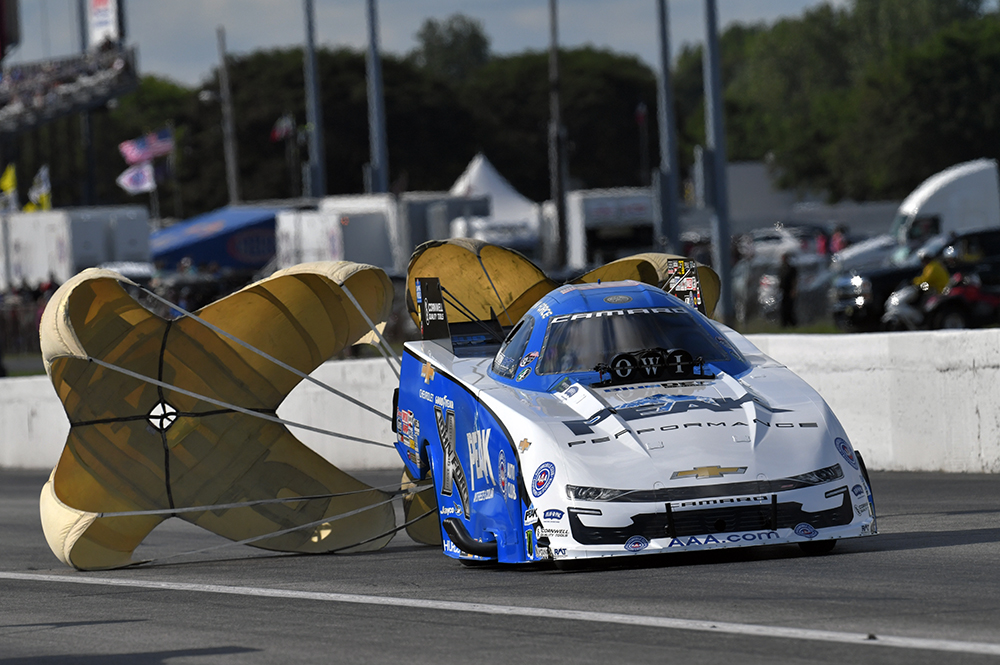 Force and his Daniel Hood and Tim Fabrisi led PEAK Antifreeze team have been part of the Championship conversation since they returned to competition in 2021 after taking the 2020 season off. With five final round appearances that included three wins (Charlotte Four-Wide, New England Nationals and sharing the winners circle with daughter Brittany in Topeka at Heartland Motorsports Park) and two No. 1 qualifying positions (Charlotte Four-Wide and the U.S. Nationals), Force will be trying to win four races in a season for the 14th time in his career while tightening his hold on the Championship points lead.

“We’re having a good season. We’re running well. Danny Hood and Tim Fabrisi have this PEAK Chevy just right, everyone is doing their job, I’m just hanging in there trying to keep up,” Force said. “It’s the Countdown now, it’s time to fight. I’m loving it. I live for this.”

The NHRA Carolina Nationals will be the 277th time Force has started a race as the points leader. He has three wins at zMAX Dragway and won the most recent race at the track, the Four-Wide Nationals in May after which he gave his trophy to track owner Bruton Smith, with whom he has a long personal relationship. Force has one win at the Carolina Nationals in 2016 when he beat last week’s winner, Tommy Johnson Jr., in the final. Just outside of Charlotte, zMAX is one of three tracks to have honored John by naming a grandstand after him (along with Norwalk and Pomona).

“I always love coming to zMAX, it’s a beautiful track and we get to race here twice a year. The four-wide is great, it’s a spectacle, the fans love it,” Force said. “But then, we get to comeback in the Countdown, when everything is on the line and the fans get to see competition at its highest level. We’ll put on a show, so fans better be ready.”