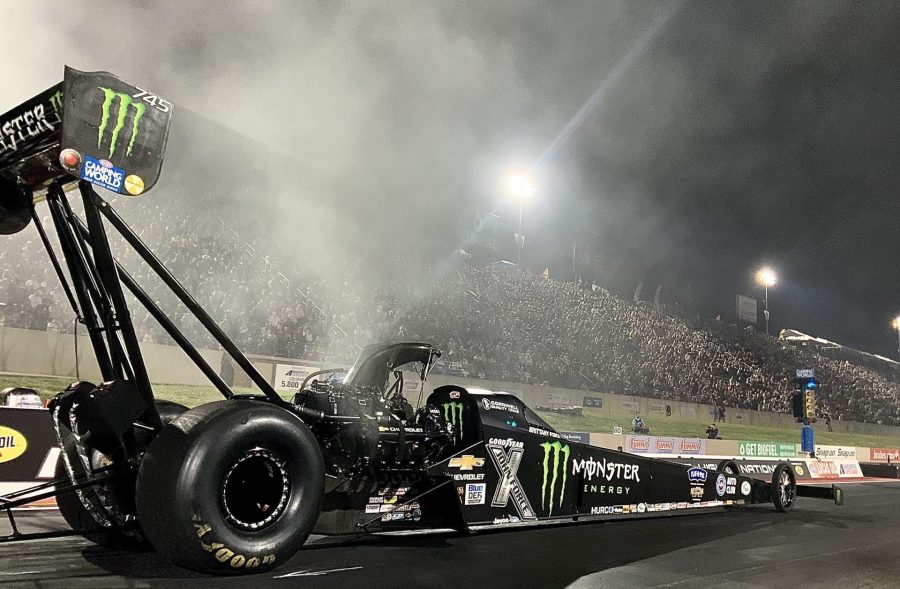 CONCORD, N.C. (Sept. 16, 2021) – Brittany Force and her Monster Energy team are heading into race two of seven in the NRHA Countdown to the Champion, the DeWalt NHRA Carolina Nationals at zMAX Dragway outside of Charlotte, N.C., just 12 points out of the championship points lead with the momentum and performance to overtake the top spot.

Brittany Force and the Monster Energy team are going for her eighth straight No. 1 start, one shy of Gary Beck’s Top Fuel record of nine straight starts over the 1982 and 1983 seasons. If she tallies that eighth consecutive, she also will break a tie with her dad for the John Force Racing team lead.  John qualified No. 1 at seven straight events – the last six races of 1994 and the first race in 1995.

The Monster Energy team has a total of nine No. 1 qualifying positions along with one win. After qualifying No. 1 at Heartland Motorsports Park in Topeka, Kan., Brittany Force went onto share a historic winners circle with legendary father John Force. It was the first time in NHRA history that a parent-child duo had won together in the pro categories.

“This Monster Energy team is heading to race two of the Countdown and we plan to capitalize on our hard work from last weekend,” Force said. “We are in the hunt for this championship and are currently sitting 2 in points. We plan to keep chipping away, gaining bonus points where we can and winning at zMAX to take over the lead.”

Force is one of only two women (with Erica Enders) to have won a pro race at zMAX and is trying to become the first woman to win both events. In 2016, Force won the 4Wide and was runner-up to Steve Torrence at the Carolina Nationals in 2018. The Bellagio of Drag Racing, as zMAX is fondly known, is one of four tracks at which she has qualified No. 1 three times (with Las Vegas, Topeka and Reading). She has qualified No. 1, posted quick time and top speed of the event at the last five races and has had the fastest speed in 10 of the season’s 14 events.