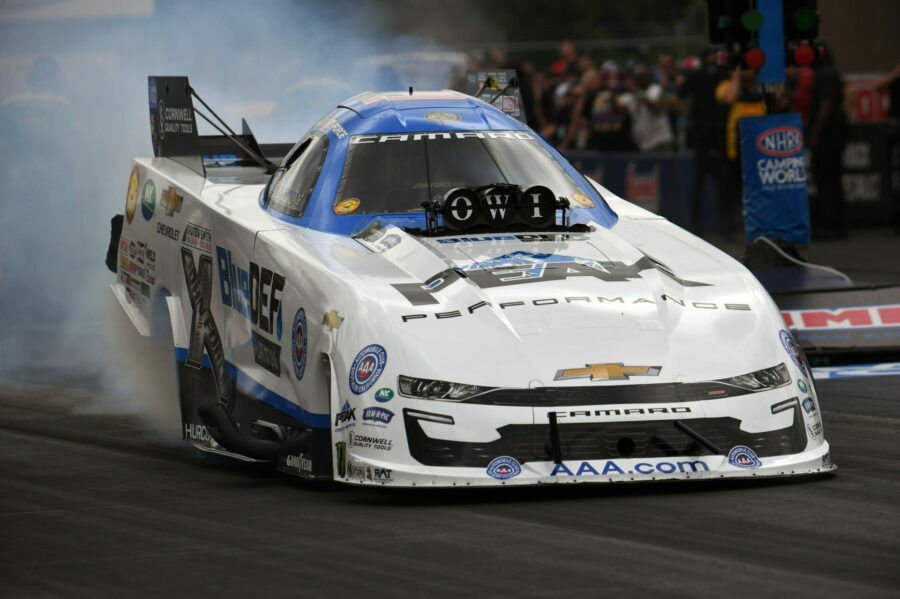 MORRISON, Colo. (July 13, 2022) – Winner of an unprecedented 1,400 rounds of Funny Car racing, John Force and the PEAK Antifreeze and Coolant Chevrolet Camaro returns to one of his favorite tracks, Bandimere Speedway, for the Dodge Power Brokers NHRA Mile-High Nationals, an event he has won more often than any driver in any class.

“I have a lot of history at this track, a lot of good memories,” Force said. “Kicking off the Western Swing in Denver is tradition. We have some great partners coming out, Gates Belts and our new sponsor NK Seeds will be out for the first time. Excited to put on a good show for our partners and the fans. It’s always a packed house and it’s a beautiful facility.”

After prevailing earlier this year at the Circle K NHRA Four-Wide Nationals at Charlotte, Force is trying to win multiple events for the 27th different season. He currently has the PEAK Antifreeze and Coolant sitting solidly in the No. 4 position in the points standings.

Racing at the Dodge Power Brokers NHRA Mile-High Nationals at Bandimere Speedway begins with qualifying Friday at 4:30 and 8:00 p.m. and Saturday at 3:30 and 7:00 p.m. Eliminations are slated to begin Sunday at 11 a.m. Television coverage of the event will start with qualifying shows on FOX Sports 1 (FS1) Friday at 10 p.m. ET and Sunday at 4 p.m. ET. Eliminations will air on FOX Broadcasting Network Sunday at 4 p.m. ET.