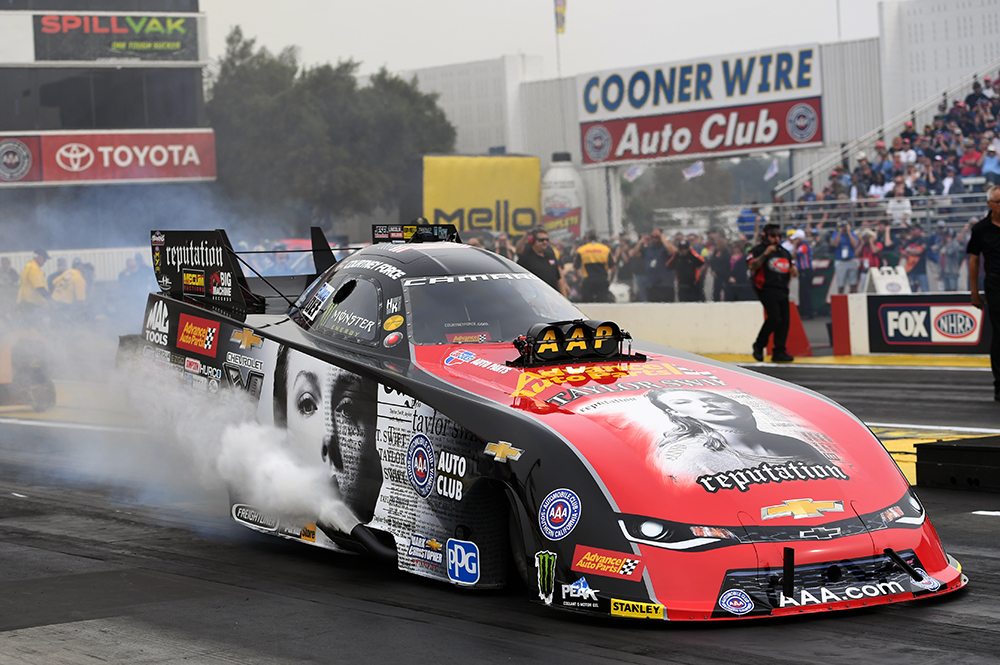 Driving the specially-wrapped car Advance Auto Parts Chevrolet Camaro SS featuring musical sensation Taylor Swift and her newest album, reputation, Force will stand on her second pass from Friday’s second qualifying session, a 3.871-second run at 334.57 mph. That netted her the No. 2 position for much of the rest of qualifying, only to be bumped down a position late in the final session.

“I’m really proud of my Advance Auto Parts guys,” said Force, who went to the finals in February’s NHRA Winternationals. “This is a huge weekend. It’s our final race (of the season), it’s a home track for me. I’m really excited to be here. Not only are we still going after that championship, we’re running a Taylor Swift reputation Funny Car this weekend for Big Machine Records and for Advance Auto Parts. To finish off qualifying with seven bonus points, really staying after it, and to qualify in the No. 3 spot is a great way to go into our final race weekend.”

Force is mathematically still eligible to win the title, but she’ll have to win the race, and those in front of her – including teammate and points leader Robert Hight – would have to bow out in the first round.

“We just have to go rounds and see what happens,” Force said. “Our Chevy Camaro is going after the championship.”