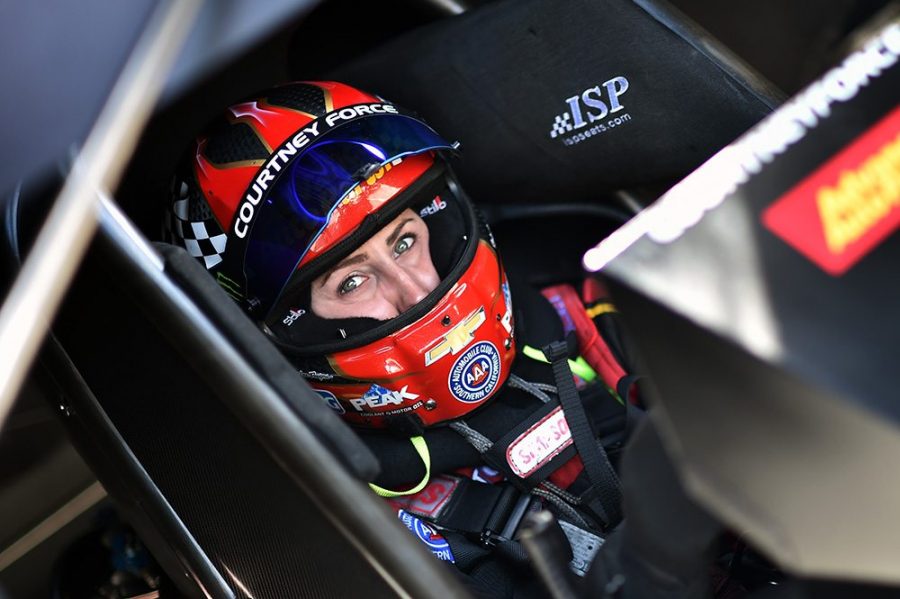 Force, who won the 2016 event at Royal Purple Raceway just outside of Houston in Baytown, Texas, is coming off a No. 1 qualifier and semifinal finish at the inaugural Las Vegas Four-Wide. At the Gatornationals in Gainesville, Fla. Force had a quarterfinal appearance and at the NHRA Arizona Nationals in Phoenix she picked up her first win of the season and first win since the 2016 SpringNationals. She also set both ends of the track record with her No. 1 qualifying pass at the Phoenix event.

“I am feeling really good heading into Houston after the Four-Wide Nationals in Las Vegas. Houston is a good track where we have had a lot of success, including a win a few years ago. With my crew chiefs Brian Corradi and Danny Hood as well as my crew guys I feel like we have some pretty good momentum at the start of this season. I am looking forward to having a long weekend on the race track in Houston.”

The winningest female Funny Car driver in history, was the No. 1 qualifier at the 2017 SpringNationals and had a semifinal exit to teammate Robert Hight.

In 2017, Force, along with her father John Force, made special visits to Advance Auto Parts stores following the aftermath of Hurricane Harvey that devastated the Houston area.

“Last year my dad and I visited multiple Advance Auto Parts stores that were either helping victims of Hurricane Harvey or were affected by the flood themselves,” Courtney Force explained. “Some of the stores had been underwater and to be able to see the team members working so well together and being so supportive of each other and the communities they were helping was great. You could tell it was like a family business and that makes me proud represent Advance Auto Parts. They are a great company to their own team members and also their customers.”

“I am excited to get back to the track and see some of those same fans and Advance team members and customers. I am looking forward to giving them a great show at the NHRA SpringNationals with exciting racing in Texas,” Force added.

Qualifying at the NHRA Spring Nationals at Royal Purple Raceway in Baytown, Texas begins with two sessions on Friday at 4:30 and 7 p.m. and continues Saturday with sessions at 1:30 and 4 p.m. Eliminations are set to begin Sunday at 11 a.m. Catch the action on FOX Sports 1 (FS1) with live qualifying at 1 p.m. on Saturday and live finals coverage beginning at 2 p.m. Sunday.