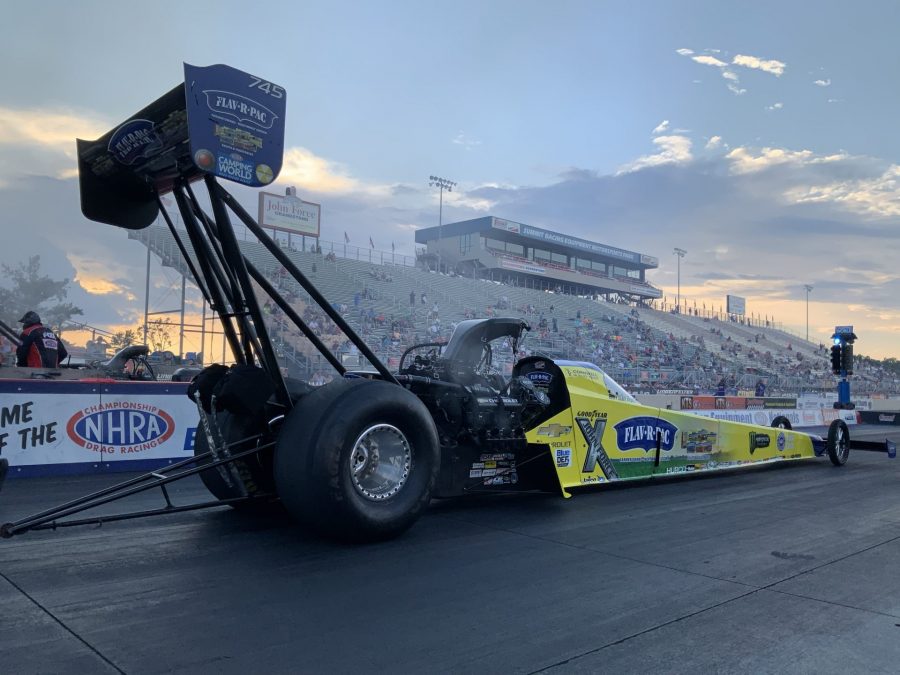 NORWALK, Ohio (June 27, 2021) – Brittany Force and her Flav-R-Pac dragster team raced to their second final round of the season, 25th of Force’s career, Sunday at the Summit Racing Equipment NHRA Nationals at Summit Motorsports Park. Robert Hight with his AAA Ohio Chevrolet Camaro SS and John Force with his PEAK / BlueDEF PLATINUM Camaro each had quarterfinal finishes.

The semifinals would match Force against three-time world champion Antron Brown. Force and her David Grubnic and Mac Savage tuned Flav-R-Pac dragster would lay down a stellar 3.696-second pass at 326.08 mph to defeat Brown’s 3.765 at 326.32. Her elapsed time would hold up to be the quickest of the meet and a track record.

For the 21st time in her career, Force would line up against defending and three-time world champion Steve Torrence. While Force would cross the finish line at 3.730-seconds and 326.24 mph, Torrecne would get the victory on a hole shot with his 3.736 at 313.88 and quicker reaction time.

“Very frustrating to get beat in the final the way we did. A hole shot loss is not easy, but I’m going to use that to step it up at the next one in Denver,” said Force who is fourth in points. “Incredible job to my Flav-R-Pac, Monster Energy team. Consistent runs down the track all weekend long and a track record 3.696 in the semis. Today’s laps weren’t easy, with tough competitors and changing track conditions we really had to work for it. Runner up finish isn’t bad, and we’ll be ready for the next one.”

“It wasn’t a bad weekend. We had a good car, a really good car, and that was a clean run, it did what it was supposed to. Danny Hood, Tim Fabrisi, they have a handle on this PEAK BlueDEF Chevrolet,” said Force who is now second in points. “We qualified well, went some rounds, all of us, Robert with AAA, me with PEAK and Brittany over there with Flav-R-Pac getting into the finals, that was good. The rain was tough but the fans, they waited, it was great. It’s always a good show here with the Bader family.”

“Not the result we wanted obviously. Wanted to take this AAA Chevy to anther win. We qualified well but we’ve got a lot to do to get us where we want to be,” Hight said. “We’ll get there, and we’ll be fine, now is the time to be putting in the work so I’m not worried.”

Next on the NHRA Camping World Drag Racing Series tour is the famed Western Swing with its first stop in Denver for the Dodge//SRT Mile-High NHRA Nationals at Bandimere Speedway July 16-18.