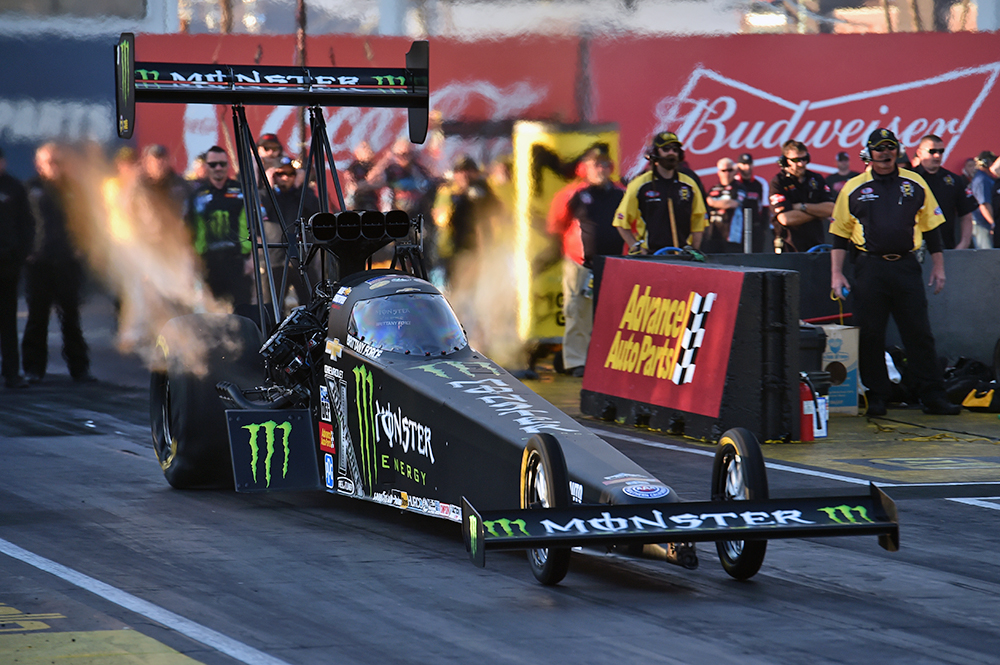 LAS VEGAS (April 4, 2018) — Reigning Top Fuel world champion Brittany Force heads into the Denso Spark Plugs NHRA Four-Wide Nationals at The Strip at Las Vegas Motor Speedway as the only woman to win an event in the four-wide format. The race, taking place April 6-8, is the first of it’s kind to hit the West Coast.

Force, who will be competing for her first win at The Strip, knows that the four-wide format can be challenging but has a plan to get comfortable with the new four-lane venue.

“I definitely go into the four-wide races with a different mindset. The races are completely different,” said Force who, in 2016, won the Charlotte Four-Wide. “I will get in my Monster Energy Top Fuel dragster and go through my routine, but I will also spend some time on the starting line. I want to stand in each lane and look down the race track to prepare for each run no matter which lane I might be in. I want to look at the Christmas Tree and figure the visuals out before we get to race day. We have had some success racing four-wide and this is the first one in Las Vegas. It will be pretty exciting.”

After a dramatic crash at the season-opening Winternationals, Force has been on a come-back. Now, seven weeks after the horrific accident, the second woman to win a Top Fuel championship, is looking for her first win of the season.

She made her most impressive pass since the accident during the first round of eliminations at the NHRA Gatornationals in Gainesville, Fla. It was the third best time in the first round, but she lost to Tony Schumacher who had the quickest pass in the round.

“The car went straight down the track. It was outstanding. But against Schumacher, we weren’t able to turn the win light on,” Force said. “We left Gainesville on a good note. It was an awesome run. To come out on race day and be able to put up a number like that, we were happy.”

Carrying the momentum from the Gatornationals, Force is looking forward to the chance to become the first in her category to win a four-wide race at two different tracks. She’ll also be looking to improve on the runner-up finish she had at The Strip in the fall, just one race before she clinched her world championship.

Fans will have an opportunity to meet Force along with her other teammates at the NHRA FanFest hosted at the New York, New York Hotel and Casino on the Brooklyn Bridge Plaza from 6-8 p.m. Drivers will be singing autographs from 7-8 p.m.