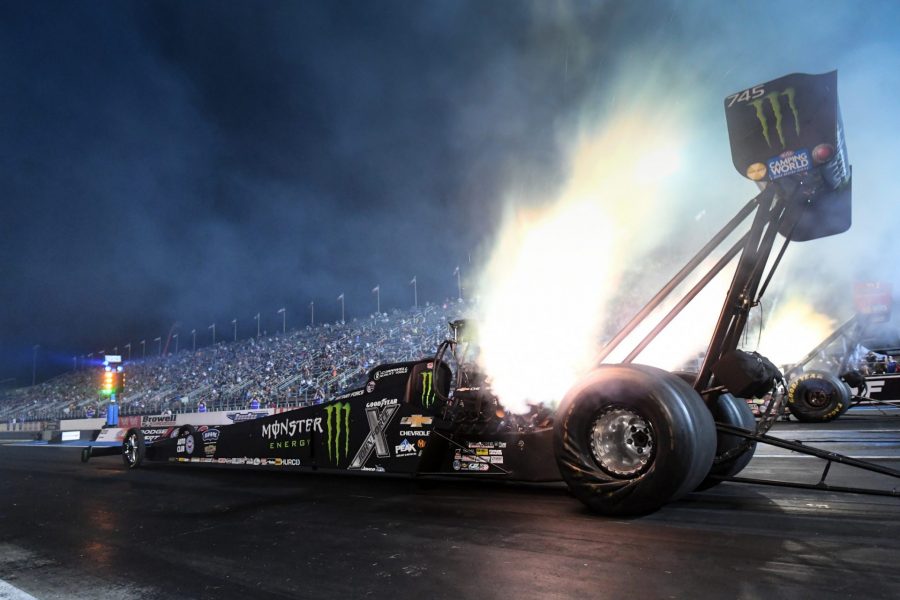 MADISON, Ill. (Sept. 22, 2021) – Brittany Force and her Monster Energy / Flav-R-Pac team are entering the NHRA Midwest Nationals at World Wide Technology Raceway just outside of St. Louis with a 21-points lead. The 2017 world champion isn’t letting up, knowing there’s still five races left in the NHRA Countdown to the Championship, the David Grubnic and Mac Savage led crew are going after everything they can, getting started, like always, in qualifying.

Brittany Force and the Monster Energy team are going for nine straight No. 1 qualifiers to tie Gary Beck’s Top Fuel record over the 1982 and 1983 seasons. Her eighth consecutive No. 1 at the NHRA Carolina Nationals, including a strong qualifying performance where she captured all nine bonus points, gave the team a one-point advantage heading into race day.

The Monster Energy / Flav-R-Pac team has a total of 10 No. 1s with one win at Heartland Motorsports Park in Topeka, Kan., where Brittany went onto share a historic winners circle with legendary father John Force. It was the first time in NHRA history that a parent-child duo had won together in the pro categories. The Monster Energy / Flav-R-Pac team has been to the finals five times in the 2021 Camping World Drag Racing Series season, most recently finishing runner-up at the Carolina Nationals where it was her semi-final victory over reigning and three-time world champion Steve Torrence that gave her the points lead.

“Heading into St. Louis with a slight points lead. Our Monster Energy / Flav-R-Pac team plans to continue what we’ve been doing. We are looking to get as many points as we can during qualifying and on race day,” Force said. “Eight No. 1 qualifiers in a row is a huge accomplishment and we plan to add to that this weekend while also going for a St. Louis win.”

With the season the Monster Energy team has had so far, they’ll enter the Midwest Nationals looking to break a dry spell at the World Wide Technology Raceway. It is the only venue where Force has no No. 1 qualifiers and no wins and one of only five tracks hosting 2021 events a which Force is not the track holder for either time or speed. Fortunately, crew chiefs Grubnic and Savage have had previous success at the facility, being runner-up in 2018 and setting the current track ET record at 3.631 seconds in 2017 with their previous team.

For only the sixth time in her career, and first time since 2018, Brittany Force will enter this weekend’s NHRA Midwest Nationals at World Wide Technology Raceway with the points lead. They’ll get things started with the first qualifying session on Friday evening at 6 p.m. and continue with sessions on Saturday at 1:45 and 4:25 p.m. Eliminations are slated to begin Sunday at 10:30 a.m. For television coverage, tune-in Friday at 7 p.m. and Sunday at 1 p.m. ET on FOX Sports 1 (FS1) for qualifying. Eliminations will air Sunday at 2 p.m. ET on FS1.