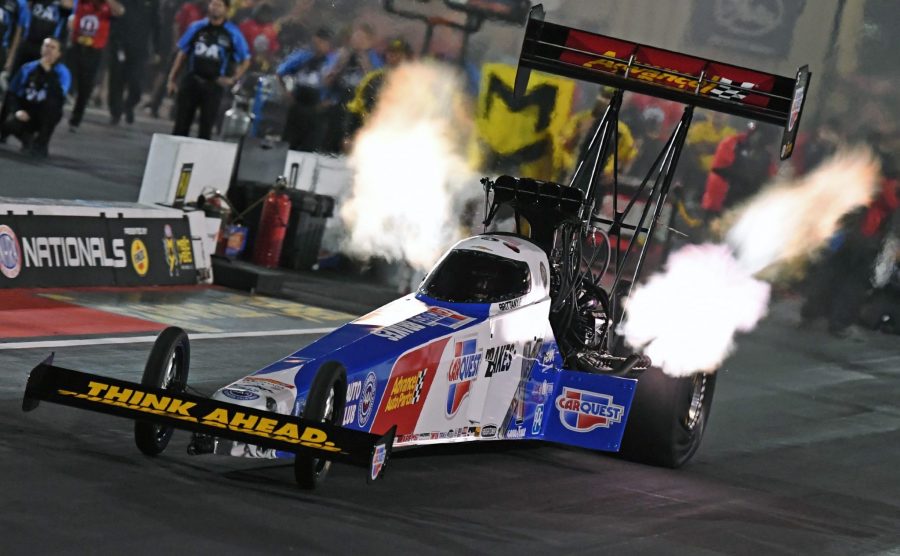 At last weekend’s Mile-High Nationals outside of Denver, Colo., Force and the Carquest Brakes team powered their way through qualifying jumping six spots in the final two sessions to move from No. 10 to No. 4. On race day, the 2017 Top Fuel world champion laid down an .87 and .85 in the first two rounds to make her second semifinals appearance, and although she fell short of the finals to reigning Top Fuel world champion and eventual event winner, Steve Torrence she’d move up to No. 2 in the NHRA Mello Yello points standings.

“We had a solid weekend in Denver, qualifying fourth, making a semis appearance and moving up to the No. 2 spot in points. A good weekend keeps you confident going into the next one and this Carquest Brakes team has a great race car,” said Force. “David Grubnic and Mac Savage really know what they’re doing out there and we made some changes to the car Saturday, and I think that really helped us put up the numbers we did. I’m ready to do it again in Sonoma.”

So far this season, Force has tallied one win, two runner-up finishes and two semifinal appearances. Force has landed in the No. 1 qualifying spot four times this season, three of which of have been alongside a John Force Racing teammate in the Funny Car top spot. At the 50th anniversary Gatornationals, she became the first woman since 1979 to be No. 1 at the historic event, and shared the green hat with John Force Racing president, Robert Hight. Then, at the SpringNationals, she and her father, John Force, became the first parent-child duo to snag the top spots in the nitro categories. She would go on to share the winner’s circle with Hight for the third time in their careers. She also clenched the top spot with Hight at the Southern Nationals.

As she makes her way to this year’s Sonoma Nationals at Sonoma Raceway, Force is hoping to grow her list of season accomplishments, and while she has yet to pick up a Wally at the facility, she has a No. 1 qualifier from 2014 and has qualified in the top five, two other times in her NHRA career.

“We head to Sonoma next on this Western Swing and I’m feeling really positive after last weekend. Our team had a new look too teaming up with Carquest that we debuted in Denver Friday night and I’m excited to show off those colors in Sonoma next,” said Force. “I’m ready to get back in the driver’s seat and we’re looking to get back in that winner’s circle starting this weekend in Sonoma.”

Television coverage begins with Friday Nitro Live from 7-8 p.m., Eastern, on FS1 and continues with Sunday Live from 2:30-3 p.m. Coverage shifts at 3 p.m. to FOX Broadcast Network from 5 p.m. until 7 p.m., Eastern.