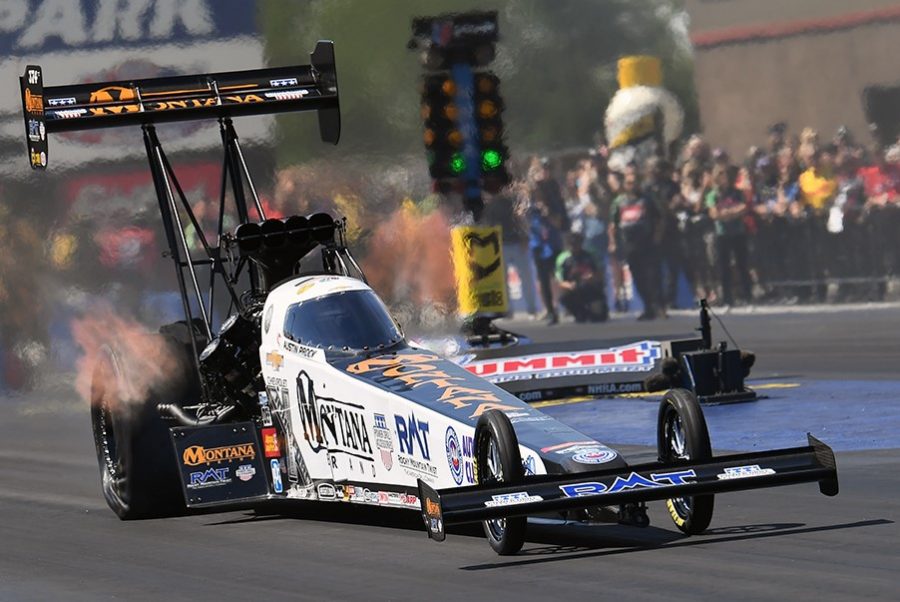 Since the start of the 2019 season, maintaining a consistent performance has been at the forefront for Prock and the Montana Brand / Rocky Mountain Twist team, and with a handful of consistent passes in the .70s and .80s under their belt, they continued the effort at the recent Summit Racing Equipment NHRA Nationals. Over the weekend Prock powered his Mike Green and Ronnie Thompson tuned hot rod to three consistent passes during qualifying putting two .77s and an .84 up on the board. On race day, he kept the momentum making a 3.750-second pass at 329.67 mph, and although he would exit in the first-round, it would be his quickest pass of the weekend.

After back-to-back early exits that pushed the third-generation driver to 10th in the NHRA points standings, Prock and his Montana Brand / Rocky Mountain Twist team stayed in Norwalk to test before the off weekend.

“That early exit in Norwalk was tough. We were fourth best of that session and had a good light, so it was hard to go out in the first-round again. But we decided to stay and get some testing in. We made four passes and picked up early numbers and ran quicker than we have been, so I think things are looking good,” said Prock. “Mike Green and Ronnie Thompson tried a few different ways of doing things and we learned a lot. I think our team as a whole is as strong as it’s ever been. We’re going to take this weekend to regroup and we’ll be back and ready for the next one.”

Prock is headed to the New England Nationals having padded his rookie resume with a career best elapsed time of 3.69 and speed of 334.15 mph, a semi-final finish at the Heartland Nationals and four second-round appearances from the Winternationals, Arizona Nationals, SpringNationals and Virginia Nationals. Prock is competing to become the fourth John Force Racing driver to take home the Wally at New England Dragway behind teammates John Force and Brittany Force, and former John Force Racing driver, Courtney Force.

“I’m excited to get to New England Dragway. The entire Montana Brand / Rocky Mountain Twist team is looking forward to it and I think we have a Wally in sight,” said Prock. “I’m confident in this team and it would be great to get our first win here behind the Forces (John, Brittany and Courtney). We’ll see what we can accomplish.”