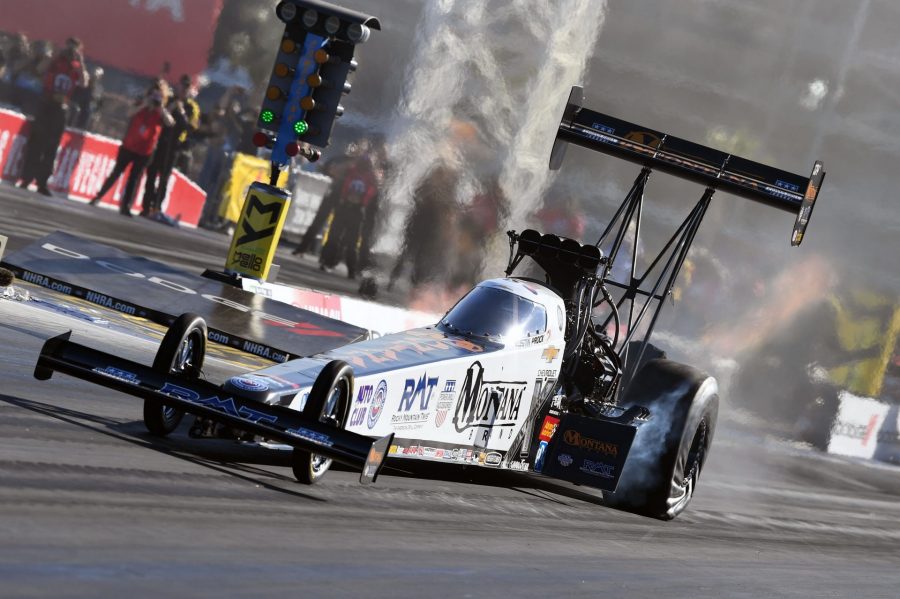 POMONA, Calif. (Nov. 13, 2019) — Nine months ago, Austin Prock made his NHRA Mello Yello Drag Racing debut at the Winternationals at Auto Club Raceway at Pomona. Now, as he heads back to the track that launched his dream career this weekend for the season finale Auto Club NHRA Finals, he’s determined to take his Montana Brand / Rocky Mountain Twist Top Fuel team to the winner’s circle for a second time.

Since the start of the season, the first-year standout has been exciting to watch. From building his rookie resume with competitive passes in the .70s and .80s while taking out veteran racers along the way, to getting his first NHRA victory at the Northwest Nationals and being the only rookie to clinch a spot in the Countdown to the Championship, Prock has shown he has a bright future ahead.

Two weeks ago, at the NHRA Nationals in Las Vegas, the third-generation racer made two quality passes on race day but came up short to teammate and eventual event winner Brittany Force in the quarterfinal. He left the event in the No. 6 spot and only 23 points away from being in the top five where he’s hoping to end the season.

“I’m just proud of how far this Montana Brand / Rocky Mountain Twist team has come and how we’ve been doing lately. You know, we changed up crew chiefs earlier this year and had to learn and figure out what worked for us, but Mike Green and Ronnie Thompson, they’ve done one hell of a job,” said Prock who also has five semifinal appearances, a career best time of 3.688-seconds and top speed of 334.40 mph this season. “We didn’t get the win in Vegas but our teammate Brittany Force did and I’m hoping she can wrap this championship up for John Force Racing when we head to Pomona this weekend. It’s been one heck of a year.”

Prock, who is a front-runner for this year’s Auto Club Road to the Future Award, NHRA’s Rookie of the Year award, enters this year’s NHRA Finals competing to be the seventh John Force Racing driver to win at Auto Club Raceway at Pomona and the sixth at the Finals event. Teammates John Force, Robert Hight and Brittany Force have all raced to the winner’s circle as well as past JFR drivers Courtney Force, Tony Pedregon and Mike Neff.

Earlier this year, at the season opening Winternationals, Prock exited in the second round but left Pomona sixth in the Mello Yello points standings, the same spot he’s entering the concluding event of the season.

“I’m excited about Pomona. Bummed the year’s already closing to an end but I’m excited to get back to where I got my start and hopefully turn on some win lights to move up into the top five in points,” said Prock. “We’re really close to achieving that goal this year and I feel like if we do have another strong weekend, we’ll lock up that Rookie of the Year award. It’s been an amazing year with this Montana Brand / Rocky Mountain Twist team and I can’t wait to see how we round out the year this weekend.”