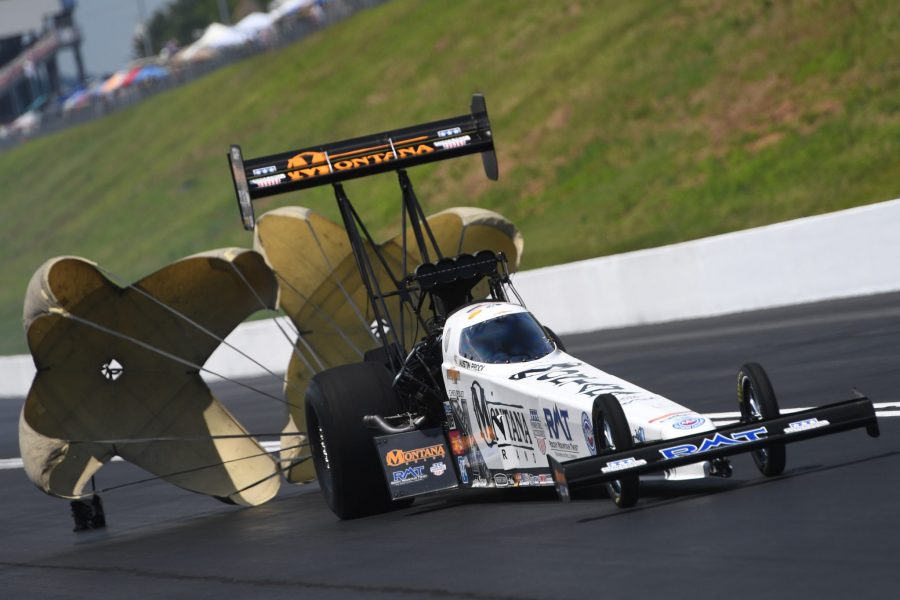 Last weekend at the Thunder Valley Nationals, Prock and his Mike Green and Ronnie Thompson tuned Montana Brand / Rocky Mountain Twist dragster laid down four sub-four-second passes while some competitors struggled. Prock highlighted his consistent qualifying efforts by running 3.783-seconds at 325.92 mph that landed him the No. 6 qualifying spot. On race day, Prock had to put his driving skills to the test in a pedalfest against defending event winner Clay Millican. While Prock would recover, Millican had just enough to take the win over the first-year driver. Prock and Montana Brand / Rocky Mountain Twist would leave Bristol Dragway sitting ninth in the NHRA Mello Yello points standings.

“Not the race day result we wanted in Bristol but overall it was still a good weekend. We made four consistent runs during qualifying where a lot of people struggled,” Prock said. “Those four consecutive runs were good for us, it gives us something to keep building off of. That’s a positive and something we can take with us into this weekend.”

The Auto Club Road to the Future Award candidate, NHRA’s version of Rookie of the Year, will be competing to become just the second John Force Racing driver, behind team owner John Force, to take home a Wally from the Summit Racing Equipment NHRA Nationals. If successful, it would be his first professional NHRA victory. Already with a semi-finals finish at the Heartland Nationals and a quad of second-round finishes at the Winternationals, Arizona Nationals, SpringNationals and Virginia Nationals, the third-generation driver has already shown that behind the wheel of his Montana Brand / Rocky Mountain Twist he’s not to be taken lightly.

“I’m excited to get out to Norwalk. I tested there in Funny Car last season and we always make a trip to their Night Under Fire later in the summer,” Prock said. “With how this Montana Brand / Rocky Mountain Twist dragster is running, it should be a good time. Hopefully we’ll put on a good show through to race day and go some rounds to get into that winner’s circle.”