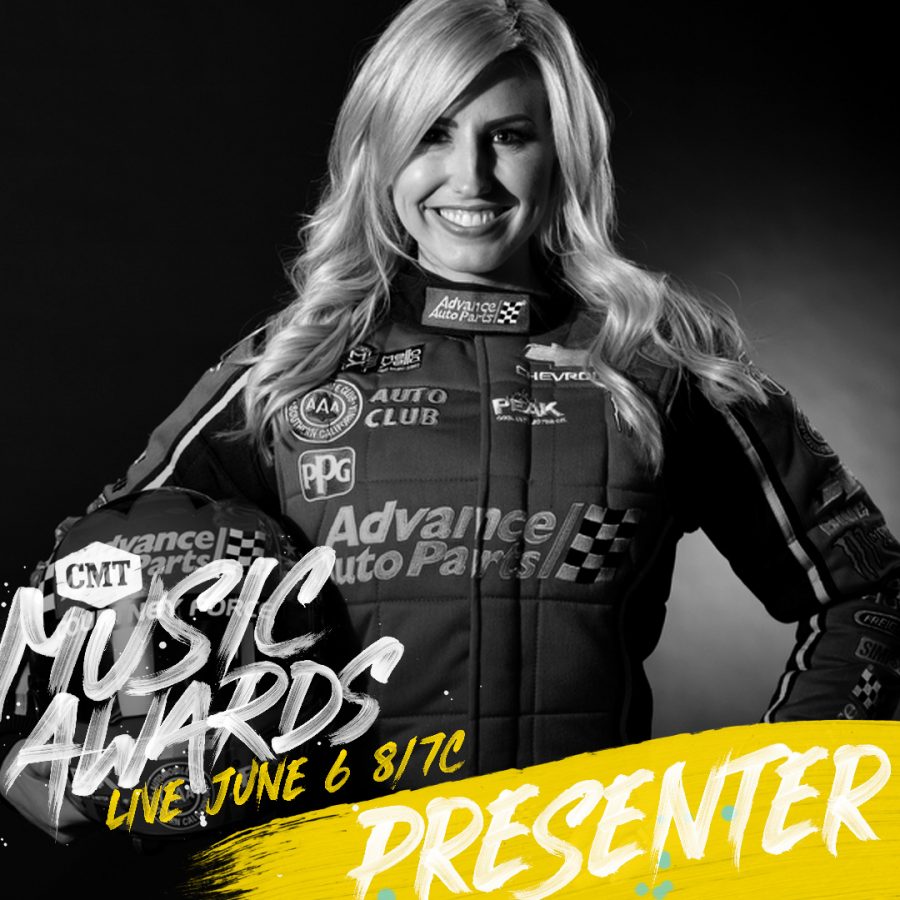 “I am so excited and honored to be a presenter at the CMT Music Awards this year,” said Courtney Force, driver of the Advance Auto Parts Camaro Funny Car. “As a country music lover, I am thrilled to be representing NHRA and am humbled to be in a room full of so many talented artists and performers.”

The presenters announcement follows renewed ratings growth and critical acclaim for CMT music specials and events due in part to a creative refresh featuring current and genre-bending artist pairings and pro-social elements. In October, “CMT Artists of the Year” notched its highest rating to date and now ranks as one of the fastest growing award shows, while “CMT Crossroads” recently garnered its highest ratings in five years with an episode featuring Backstreet Boys and Florida Georgia Line. The network recently finished its highest-rated quarter since 2014 and notched its fifth consecutive quarter of year-over-year ratings growth. April 2018 was CMT’s best April performance in 4 years, extending to 17 the channel’s streak of consecutive months of year-over-year ratings growth among Adults 18-49 and Women 18-49. (L+SD, CMT Total Day)

Tickets are still available at TICKETMASTER.

About CMT
CMT is the leading authority on country music and lifestyle, offering a mix of original series, music events and specials. CMT is everywhere its fans are including two cable channels (CMT and the 24-hour music channel, CMT Music), radio (CMT Radio), digital (CMT App, CMT.com) and social (CMT on Facebook, CMT on Instagram and CMT on Twitter). CMT is a unit of Viacom Inc. (NASDAQ: VIA, VIAB). For more information, please visit CMT Press.