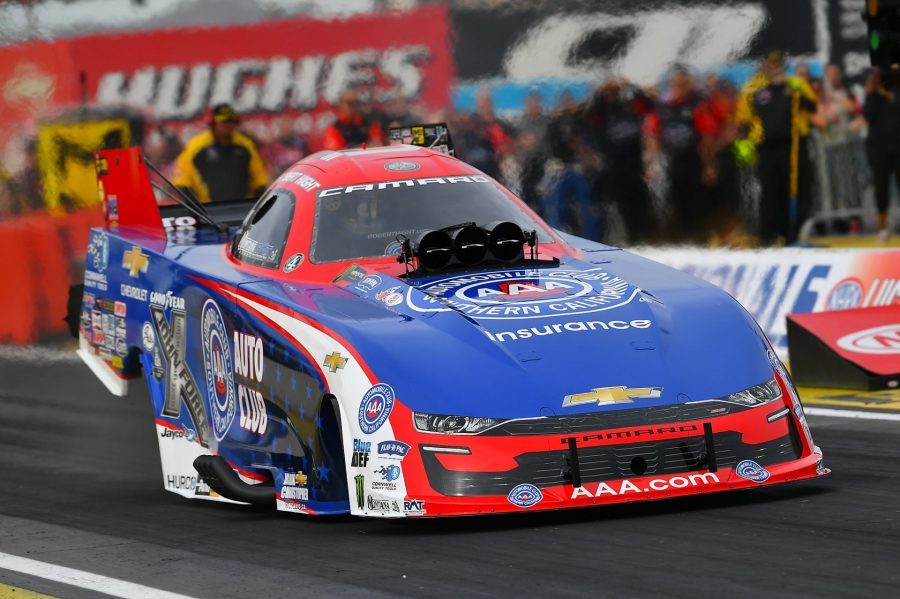 Hungry for their first win of the season, Hight and his Auto Club team head to this year’s Gatornationals in a much different position than year’s past. After a successful pre-season test session that had the Auto Club crew looking like they were going to continue their class domination for a fourth year, the first two races of the season have not gone exactly as planned. They qualified third at the season-opening Winternationals, where Hight was the defending event winner, and had a quarterfinal finish. At the Arizona Nationals, the Auto Club team was again in the upper echelon of the Funny Car class at No. 3 but had a first-round exit.

“I know what this Auto Club Chevy team is capable of, I know what Jimmy and Chris can do with this car and I know how hard the crew guys work. We tested after the Phoenix race and we’ll be back on track. We were quickest at pre-season testing and that wasn’t a mistake,” Hight said. “I’m looking forward to the rest of the season, to getting back to racing next in Gainesville. Two weeks is a long time to be waiting to get back in your car.”

The red, white and blue of Hight’s Auto Club Chevy hot rod has had notable success at Gainesville Raceway. The Jimmy Prock and Chris Cunningham led team has had four victories at the facility, 2012, 2014, a double-up win with teammate Brittany Force in 2016 and a historic win at last year’s 50th running of the event. In 2019, Hight also took the No. 1 qualifying position, his third consecutive making him the first nitro racer to start a season with three No. 1 qualifiers since Kenny Bernstein in 1987.

“Gainesville has been really good to this Auto Club team. Last season was incredible, winning the 50th anniversary of the Gatornationals, that was huge. The who’s who of drag racing were at the event, drivers I looked up to as a kid. It was something special to hold that Wally,” Hight said. “It would be the perfect way to set us on the right track to come into the NHRA East-Coast opener and take the victory. We’ll see what we can do, it’s definitely going to be a show.”

Robert, Funny Car teammate John Force and Top Fuel teammate Brittany Force will be at Gainesville Buick GMC on Friday, March 13 from 9:30-10:30 a.m. at 2101 N Main Street, Gainesville, Fla. 32609 for a special meet-and-greet and autograph session with the fans.