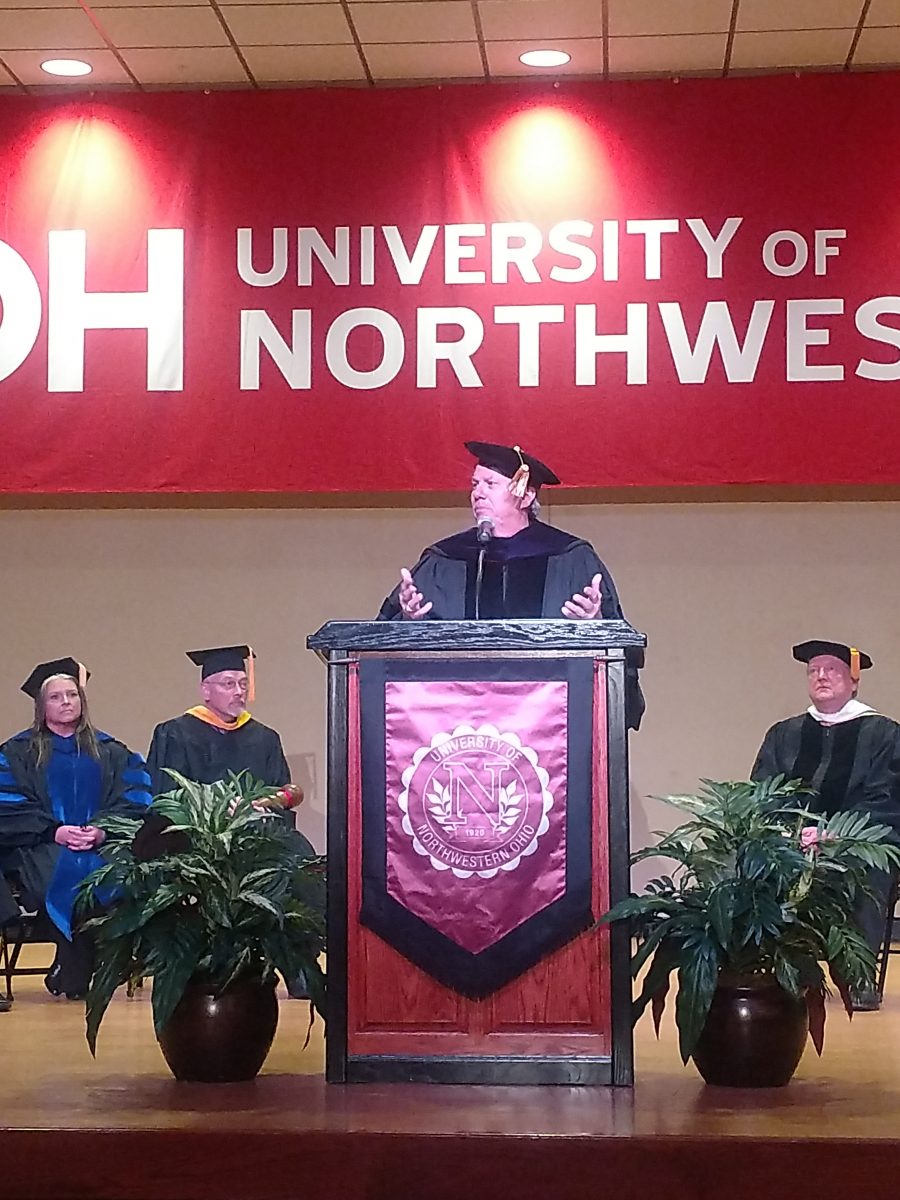 “I never had this kind of opportunity. I learned on the race tracks and in the board rooms. I got an education at truck stops across the country,” Force told students and faculty during the special ceremony. “I am honored to receive this doctorate mainly because I saw the passion these UNOH students have for motorsports as well as their other programs. They are really turning their passions into careers here. I could not be more impressed with what I saw around campus and I am excited to be Dr. Force.”

UNOH president, Dr. Jeffrey A. Jarvis, presented Force with the honorary degree during a special ceremony at the UNOH Event Center. Current students, faculty, staff and special guests were in attendance filling the center to near capacity.

“John Force is truly a wonderful role model and icon in the motorsports industry.  He is not only a championship driver, but he embraces a love for the future of the sport which lies within many of our students today,” said Jarvis. “John Force Racing has employed UNOH graduates for many years.  It was an easy decision to honor a man that has had such a large impact in the racing industry, business community, and educational environment.  We are thrilled to have John Force join the UNOH family.”

The University of Northwestern Ohio is the first university to honor Force in this way. With this degree, Force became the first drag racer recognized in this manner. He became the third motorsports luminary after Richard Petty and Richard Childress to receive honorary doctorates. Childress was honored by UNOH in 2013.