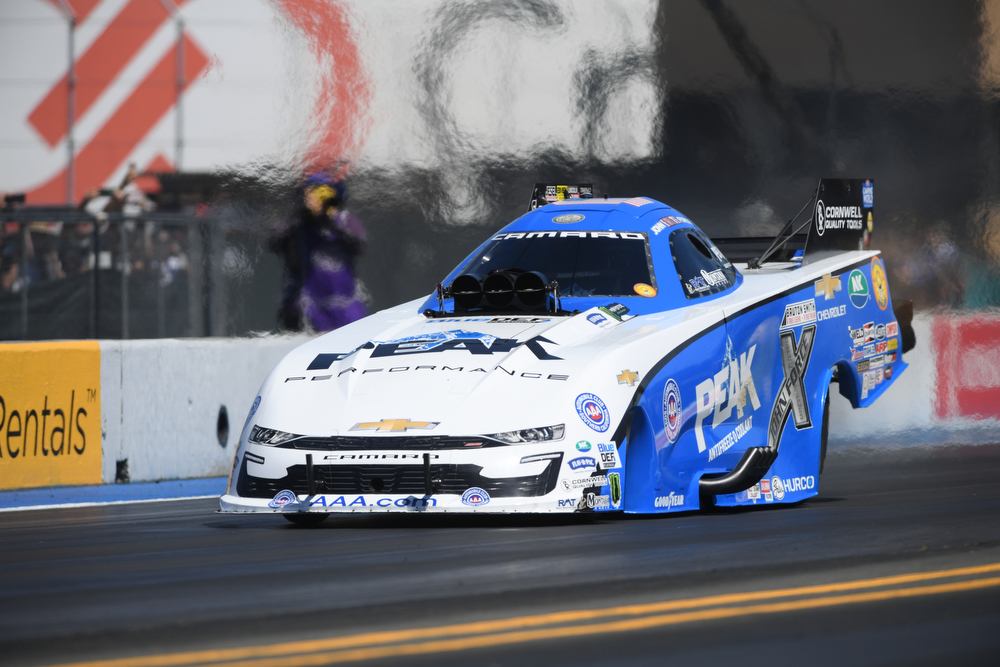 KENT, Wash. (July 27, 2022) – John Force and the PEAK Antifreeze and Coolant Chevrolet Camaro SS will be looking for their second win of the season as they head to the Falv-R-Pac NHRA Northwest Nationals at Pacific Raceways, the final event on the famed Western Swing and a facility that played host to a historic victory for the 16-tim champion.

“Back in Seattle after three years, it’s going to feel good to be back. We’ve missed those fans, I hope they’ve missed us too,” Force said. “It’s the Flav-R-Pac race, Frank Tiegs, he’s waited just as long as us to get this race back. His car is running great over there with Brittany and hopefully we can get a couple more winner’s circle photos with him this weekend. We’re in a good spot. This PEAK team, we have a fast car, it was right there in Sonoma. We’ll see how this weekend goes.”

Winner of a record 155 NHRA tour events, Force currently is fourth in Camping World points, well positioned to make a run at his 17th series championship once the points are adjusted for the Countdown. In his 47th season on the NHRA pro tour, he is the drag racing record holder in almost every imaginable professional category including championships (16), consecutive championships (10), final rounds (263), race wins (155), round wins (1405) and No. 1 qualifying performances (164).

NHRA Camping World Drag Racing Series action at the Flav-R-Pac NHRA Northwest Nationals at Pacific Raceways begins with qualifying Friday at 6:45 p.m. and Saturday at 2:00 and 4:45 p.m. Eliminations are slated for a 10:30 a.m. start on Sunday. Television coverage of the event begins on FOX Sports 1 (FS1) with qualifying shows Saturday at 2:00 p.m. ET and Sunday at 2:30 p.m. ET. Eliminations will be aired on FOX Broadcasting Network Sunday at 4:00 p.m. ET.