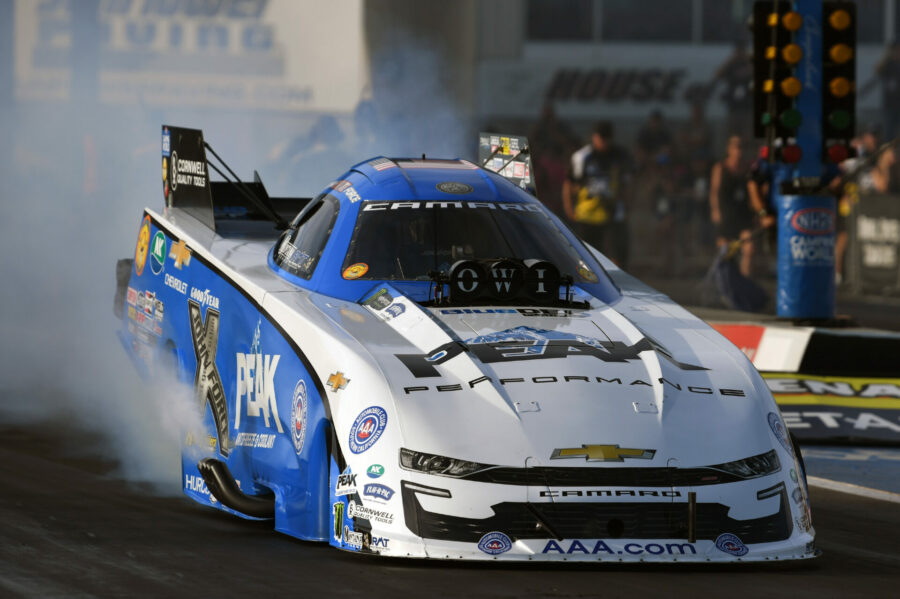 BRAINERD, Minn. (Aug. 18, 2022) – John Force and the PEAK Antifreeze and Coolant Chevrolet Camaro SS Funny Car team enter this weekend’s Lucas Oil NHRA Nationals at Brainerd International Raceway sitting No. 4 in the points standings. Just six points back from the top three, Force and the PEAK team have been knocking on the door of victory.

Off the efforts of a No. 1 qualifying position and victory at the Four-Wide Nationals at zMAX Dragway in Charlotte, a runner-up finish at Sonoma Raceway, and a runner-up finish just last weekend in Topeka, Kansas at Heartland Motorsports Park, Force has clinched his spot in the Countdown to the Championship, NHRA’s six race playoffs, and a run at his 17th series championship. With just two races until the Countdown begins, a win at Brainerd International Raceway would only help his efforts.

“I’ve got a lot of history at Brainerd, done well there. Last weekend, we came in second, had some luck and made some mistakes, but we’re in a good spot. This PEAK team, we’ve got our spot to chase a championship, that’s what it’s all about,” Force said. “Can’t win a championship without winning some races, we’ve come close the last couple weeks, time to capitalize, get the job done. We’ll be good.”