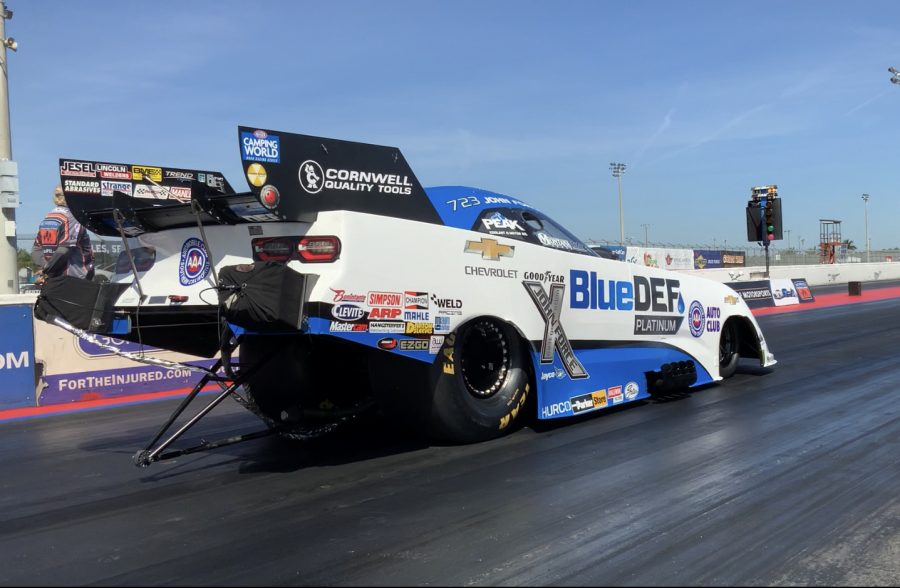 The Hall of Fame team owner and driver has success on his side as he heads to historic Gainesville Raceway. The 151-time winner has 13 final round appearances with eight victories at the facility and has started race day from the No. 1 spot seven times. At the 2019 Gatornationals Force raced to a semifinal finish.

“I always like getting to Gainesville. It’s always a big show. The locals, the fans, it’s just an unbelievable event every year,” Force said. “It means even more this year. This BlueDEF PLATINUM team is ready to get there and I’m ready to get back in the car. I’m ready to be back, to be on the road and really get things started. I’m excited to have Camping World with NHRA and see where this season takes us. I’m hoping we get to the final and start things off with a win.”

It had been over a year since Force sat in the seat of his BlueDEF Chevrolet Camaro when he and drivers Robert Hight and Brittany Force began testing in West Palm Beach for the PRO Winter Warm-Up. Fortunately, all of the John Force Racing teams seemed to have started where they left off. Force and the Peak BlueDEF PLATINUM Chevy Camaro team led the Funny Car pack with a 3.860 second pass at 329.02 mph and also had a 3.869 run at 320.20.

“It feels good to be back in my car, back in the seat. BlueDEF PLATINUM looks good on the side and it’s comfortable, it’s home. We’re ready for this weekend, ready to get the NHRA Camping World Series season started. Testing went well, we were quick and fast and the new guys are figuring it out. I’ve got confidence in my crew chiefs, Danny Hood and Tim Fabrisi, and we’re all just excited to be back racing.”

A special note for Force this weekend, when he qualifies for the 16-car field, it will mark his 200th race start in a Chevrolet.

“I’ve come a long way with Chevy in my career and in my life,” says Force, who’s NHRA-record 151 Funny Car victories include 20 in a Chevrolet and 53 in other General Motors brands. “My first road car was a ’54 Chevy sedan – six-cylinder and an automatic – and my parents both drove GM products as long as I can remember. My mother drove a Buick Bobcat and my father drove a ’55 Chevy and had Chevy pickup trucks when I was a kid. I’m what you could call a General Motors buff. I now own two of the new mid-engine Corvettes.”