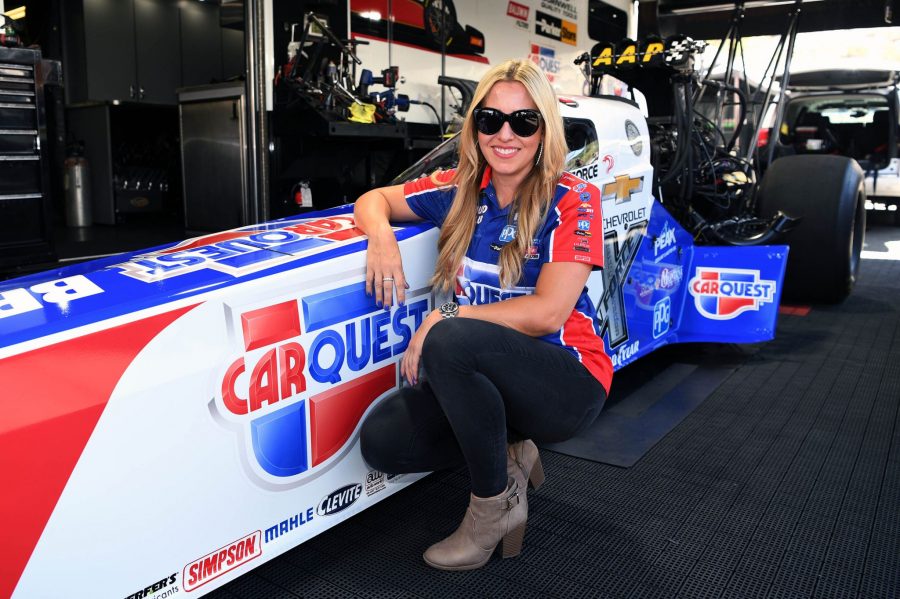 Heading to the 17th event on the NHRA Mello Yello tour, Force and the Carquest Filters team have picked up a yellow hat at the SpringNationals, two runner-up finishes at the Four-Wide in Las Vegas and Southern Nationals, a semi-final appearance and have started race day from the top spot four times. The 2017 Top Fuel world champion has also made NHRA history with two of her No. 1 qualifiers this season. At the famed Gatornationals, Force became the first woman since Shirley Muldowney 40 years ago to qualify in the top spot at the event. Success followed at the SpringNationals when she clinched the No. 1 qualifier alongside her father, John Force to make them the first professional parent-child duo to sit as No. 1 qualifiers in NHRA’s history.

At the recent event at Pacific Raceways outside of Seattle, Wash., Force launched her David Grubnic and Mac Savage tuned dragster to 3.702-seconds at 326.87 mph to land the No. 2 qualifying spot. She kept the consistency on race day with two solid passes in the 70s but fell short of advancing to the semifinal.

“We made some good, consistent runs when we were in Seattle. We obviously didn’t have the race day we wanted, but I’m happy with the progress my team has made over the season. They’ve been working really hard on this car so I’m feeling good and I’m feeling confident.” said Force. “After this off weekend we had, this Carquest Filters team is ready to get to Brainerd and go some rounds.”

Force makes her way to Brainerd International Raceway with two final around appearances under her belt, including a win at the 2016 event when she beat longtime rival Antron Brown to the finish line. She’s also qualified in the top half of the field three times in her six race day starts at the facility.

“I’ve had some success in the past winning in 2016 and I’m looking to repeat some history with my crew chief David Grubnic,” Force said. “We are closing in on the countdown and are ready to claim a spot. We plan to test Monday after Brainerd and then we head to the biggest race of our season, the US Nationals. Time to get this car to the winners circle!”

Force and her team will switch things up this weekend for the Lucas Oil NHRA Nationals with special Carquest Filters branding that will be displayed across her 11,000-horespower dragster through the weekend. Carquest Filters offers customers a broad selection of filtration systems for oil, air & cabin, fuel, and heavy-duty applications.