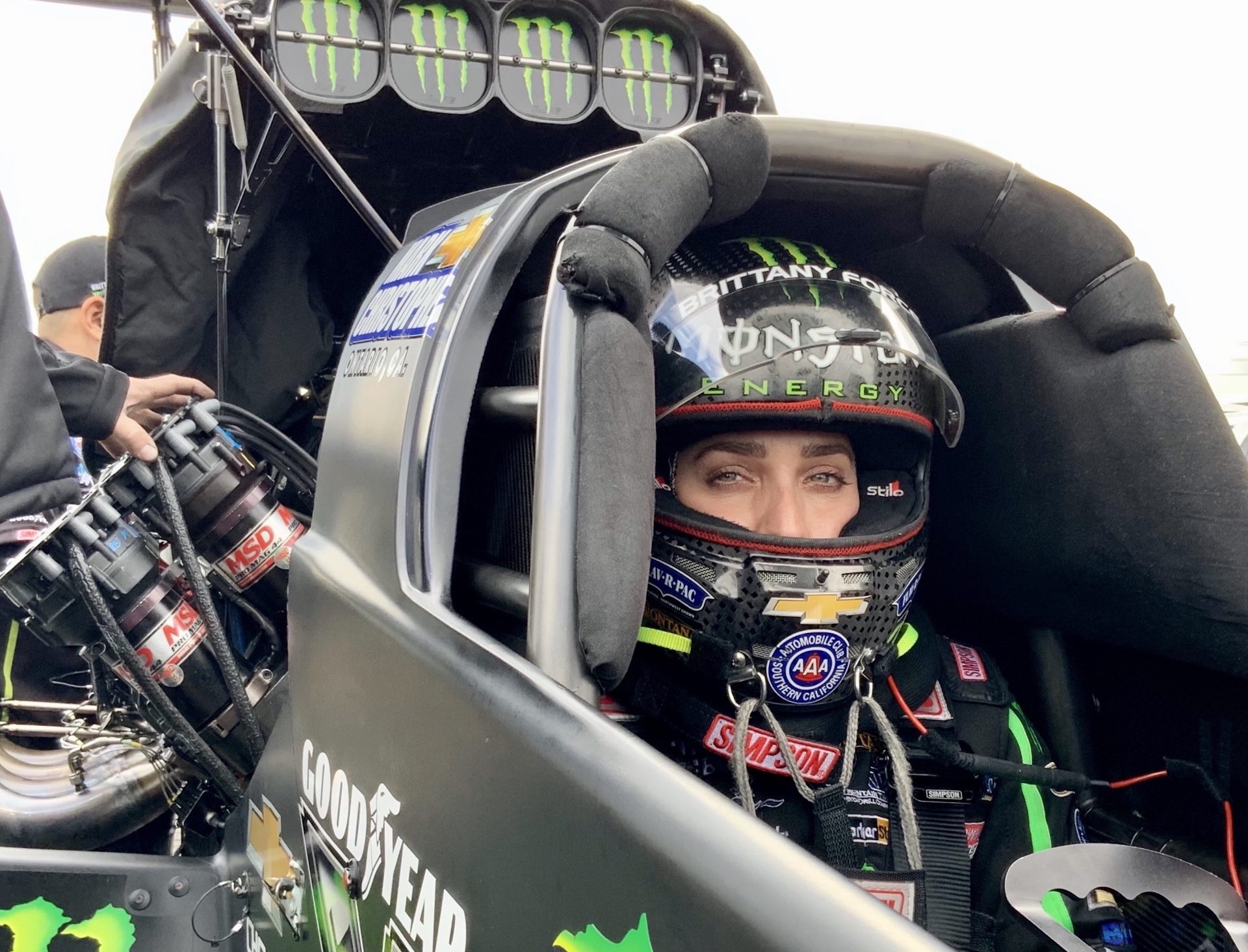 GAINESVILLE, Fla. (March 11, 2020) – Brittany Force and her Monster Energy team head east for the NHRA Gatornationals at Gainesville Raceway eager to pursue her third consecutive No. 1 qualifier and first win of the 2020 NHRA Mello Yello Drag Racing Series season at the track where she earned her first career win.

After securing the No. 1 qualifying spot and racing to the semifinal at the Winternationals, Force and her Top Fuel team picked up where they left off at the recent Arizona Nationals at Wild Horse Pass Motorsports Park. Throughout qualifying the powerhouse team led by David Grubnic and Mac Savage dominated the Top Fuel class. They made a 3.707 and 3.680 second pass before laying down an impressive 3.670 to clinch their second consecutive green hat start of the season, 20th in Force’s career and first at the facility. On race day, Force brought the same momentum opening eliminations with a stout 3.643-second pass at 337.92 mph to set both ends of the Wild Horse Pass track record before having a quarterfinal finish.

“We didn’t have the race day we wanted in Phoenix, went out early in the second round, but it was a good weekend for this team. We were the No. 1 qualifier and set the elapsed time and speed record so we’re going into the next one really confident,” said Force. “I have an amazing team behind me with David Grubnic, Mac Savage and the Monster Energy boys, so I’m looking forward to getting back in the driver’s seat and seeing what we can accomplish together in Gainesville.”

For the 2017 Top Fuel world champion, the Gatornationals is more than another race on the Mello Yello circuit. In 2016, Force raced to her first NHRA Mello Yello Drag Racing Series win and celebrated alongside teammate Robert Hight in the winner’s circle for John Force Racing’s first double up victory. At last year’s Gatornationals, Force set the track elapsed time record of 3.680-seconds on her way to becoming the first woman in 40 years to qualify in the top spot at the event.

“This Monster Energy team is ready to get to Gainesville. It’s a special place for me. I had my first career win there a few years ago and was the No. 1 qualifier last year, so I’m excited to see what we can do this weekend,” Force said. “We’re second in the points standings and our plan is to move up in points, go for more wins and there’s no better place to start than in Gainesville.”

Brittany and her legendary father, John Force and reigning world champion Robert Hight will be at Gainesville Buick GMC on Friday, March 13 from 9:30-10:30 a.m. at 2101 N Main Street, Gainesville, Fla. 32609 for a special meet-and-greet and autograph session with the fans.