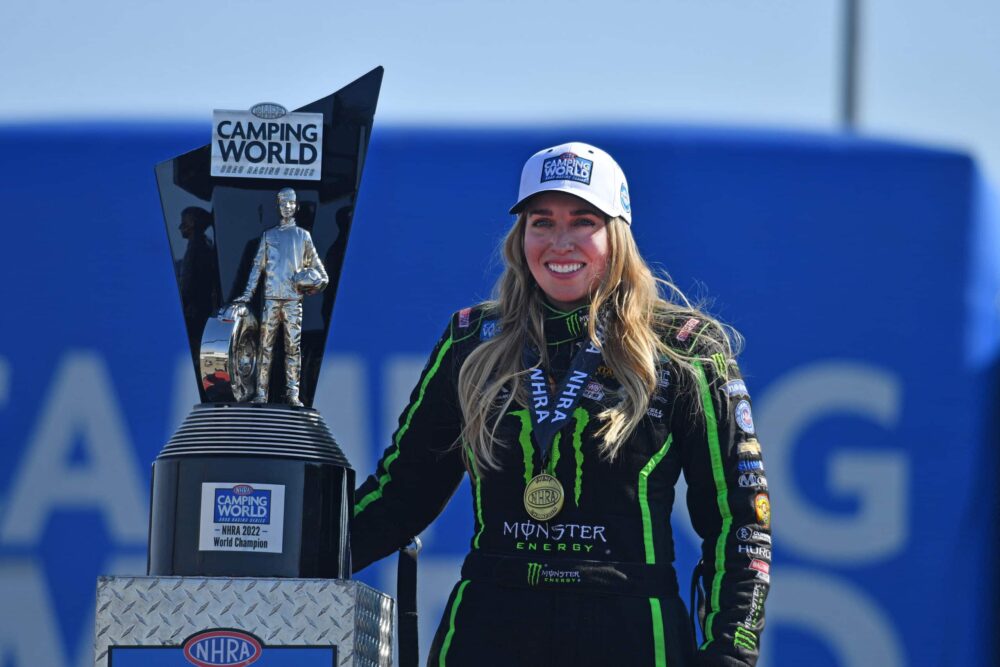 “I want them to remember this day, here in Pomona with this Monster Energy / Flav-R-Pac team. David Grubnic, Mac Savage, every single one of my guys. We have been working at this all season long. We never gave up and then we struggled in the Countdown, but we recovered, and we recovered when we needed to in Vegas and here in Pomona,” Force said. “This just seems unreal; I can’t believe we’re here. I have to thank every single one of my guys, our sponsors, Monster Energy, Flav-R-Pac, Auto Club, Chevy PEAK, Cornwell Tools, Montana Brand, NK Seeds, Powers Solar, we wouldn’t be here without them today. I’m so proud of everybody. It just seems surreal; I can’t believe it ended up this way. I believed coming into today, I was motivated, pumped, we all were, and we got the job done. Just needed to get past the first round.”

After earning 13 bonus points throughout qualifying, Force picked up a first-round win at 3.701-seconds and 334.90 mph defeating Steve Chrisman and just had to see how championship contenders Mike Salinas and Justin Ashley faired through the first round. Salina would go out first, falling to Krista Baldwin. As the last pair in the first round, Ashley would come up short to Antron Brown who was knocked out of contention when Force won first round.

Force will take on Clay Millican in the next round of eliminations as she continues to compete for her sixth win of the season.