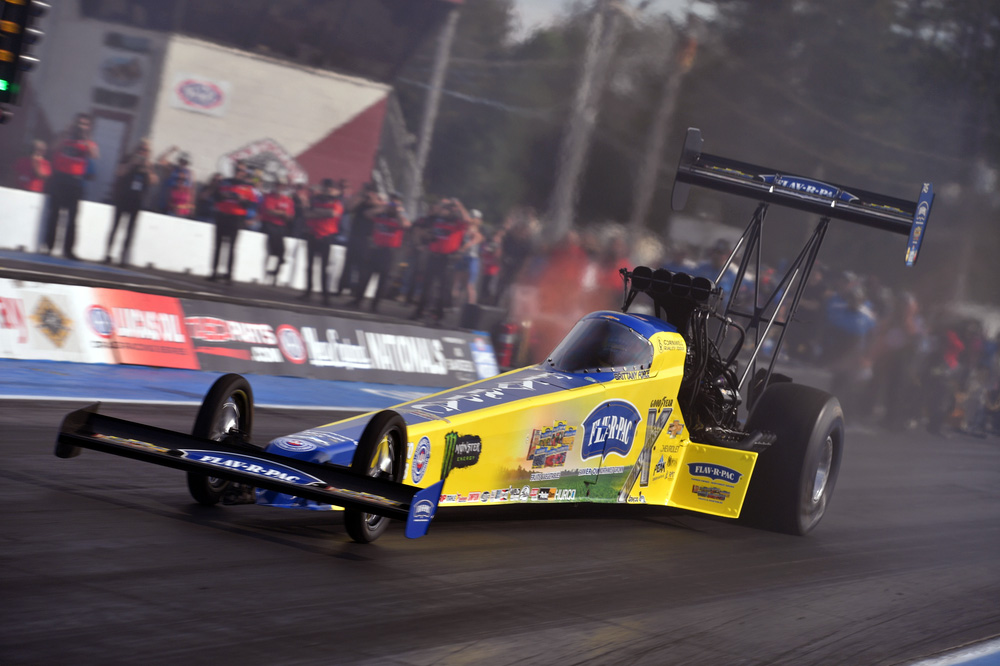 SONOMA, Calif. (July 21, 2021) – Brittany Force and the Flav-R-Pac dragster team head to Sonoma Raceway for the Sonoma NHRA Nationals July 23-25 hungrier than ever for their first win of the 2021 NHRA Camping World Drag Racing Series season.

Force and the Flav-R-Pac Monster Energy team most recently set a track elapsed time record during qualifying at the Mile-High NHRA Nationals in Denver. The performance earned them the 21st No. 1 of Force’s career and first at Bandimere Speedway, the 18th different track she holds a track record at. All this coming off a track record and their second runner-up finish of the season, 25th of Force’s career, at the event in Norwalk, Ohio.

Led by crew chiefs David Grubnic and Mac Savage, Force and her Monster Energy / Flav-R-Pac team have had three No. 1 qualifying positions in the 2021 season, the first two coming at four-wide events at Charlotte and Las Vegas. Each were with John Force Racing teammates, Robert Hight in Vegas and her father, John Force, in Charlotte. At the Charlotte event, Force also set both ends of the zMAX Dragway track record and had her first runner-up finish.

“Mile-High Nationals was a tough weekend for us, close racing, great car, track record, just got beat on Sunday. That weekend is not slowing us down, though,” Force said. “We get to leave that tough weekend behind us and jump right into Sonoma. We’ll be looking for a long weekend and a winners circle for the Flav-R-Pac team.”

Sonoma Raceway is one of the tracks where Force is chasing her first win. The 2017 Top Fuel world champion earned a No. 1 qualifier in 2014 and raced to a semifinal finish in 2017. In the past four years, Force has qualified within the top eight and has captured the first-round win.

“Heading straight to Sonoma, race number two in this three-in-a-row Western Swing. I like getting back into the seat with a short turnaround time,” said Forde. “As a driver, it keeps me mentally in the game and focused. I’m feeling good about this weekend. Our car has been hitting it’s marks, David Grubnic, Mac Savage and all the Flav-R-Pac guys have worked hard, and a win is coming.”