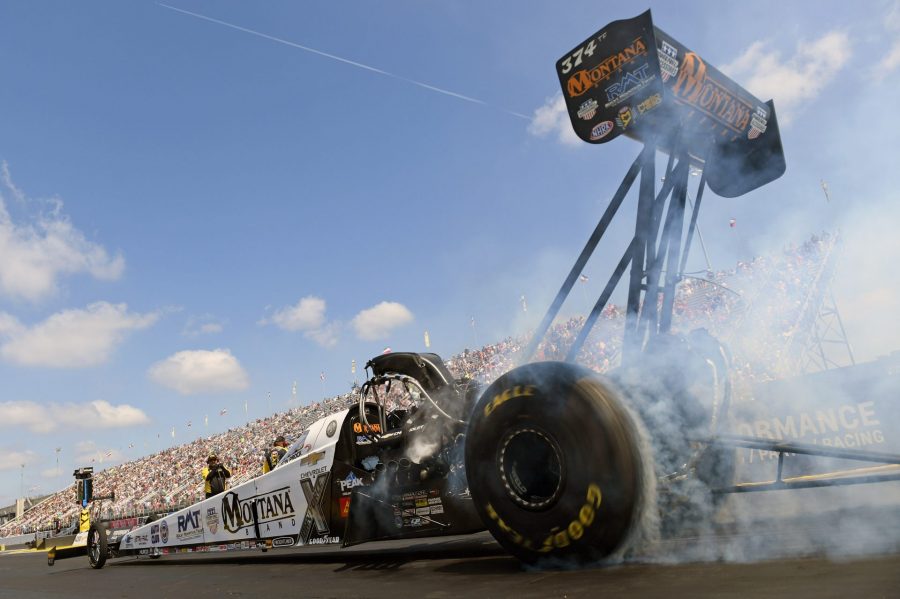 ST. LOUIS (Sept. 25, 2019) — Rookie of the Year candidate Austin Prock and the Montana Brand / Rocky Mountain Twist team are making their way to the second of six events in NHRA’s Mello Yello Drag Racing Series Countdown to the Championship, the AAA Insurance NHRA Midwest Nationals, ready to battle it out to the winner’s circle.

Since taking home his first career Wally at the Northwest Nationals in August, Prock and his Montana Brand / Rocky Mountain Twist team have continued to prove each week that they’re a crew to watch out for. Two weeks ago, at the NHRA Nationals at Maple Grove Raceway, the first-year driver launched his Mike Green and Ronnie Thompson tuned machine to three solid passes including a .76, .73 and a career best elapsed time of 3.697-seconds, to qualify in the top half of the field. During his first pass on race day, Prock continued to impress with a .69 and in round two, pedaled his way to his third consecutive semifinal round and fourth of the season. Even though he fell short of advancing past points leader Doug Kalitta, Prock moved up one spot to seventh in the Countdown.

“We had another strong Sunday in Reading. I had a career best ET and I’m looking to translate that into this next race in the Countdown. We’re continuing to learn each weekend to make this car quicker and more consistent and I think we’re getting where we want to be,” said Prock. “Mike Green and Ronnie Thompson have been working close with my dad, too, which gets me excited. It’s cool to be able to share this with him.”

The third-generation racer has powered his 11,000-horsepower dragster to one win and four semifinal appearances this season, and has recorded a track elapsed time of 3.697-seconds and top speed of 334.15 mph. He’ll be heading to this year’s event at World Wide Technology Raceway competing to become the fifth John Force Racing driver to take home the Wally behind teammates John Force and Robert Hight, and former JFR drivers Tony Pedregon and Courtney Force.

“We’re looking forward to St. Louis this weekend. My Montana Brand Tools / Rocky Mountain Twist team has been putting in work and we’re ready to go have some fun, get in the winner’s circle again,” said Prock. “We’re in contention for the championship and we have a lot left in us and to show we’re a real competitor. I’m excited.”