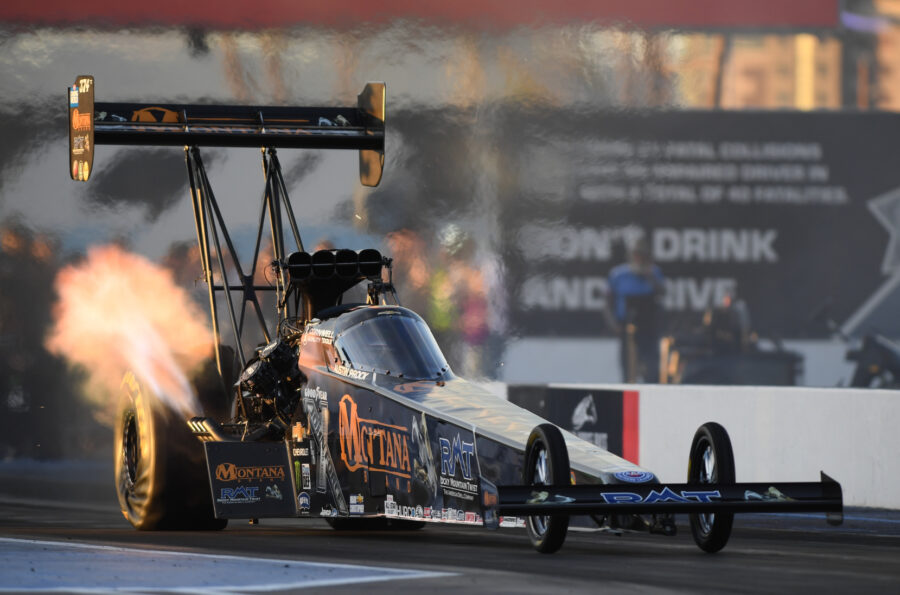 GAINESVILLE, Fla. (March 09, 2022) – At a facility filled with history and nostalgia, Austin Prock and the Montana Brand / Rocky Mountain Twist dragster team will hope to add their names to the list of winners this weekend at the Amalie Motor Oil NHRA Gatornationals at Gainesville Raceway, the third of 22 events in the 2022 Camping World season and the East Coast opener.

Despite missing most of the last two seasons, Prock showed no ill effects from the layoff when he took the Montana Brand/Rocky Mountain Twist dragster to the final round of the season opening Winternationals at Pomona, Calif. Gremlins created trouble for the Top Fuel standout at the most recent event in Arizona but the Montana Brand / RMT team are only 58 points back sitting sixth in the points standings.

“We had a really strong start to the season at the Winternationals. This Montana Brand / RMT team was pumped and we still are,” Prock said. “Arizona was tough but it was also a learning experience, I learned a lot in the seat in that first round. It wasn’t the weekend we wanted but it was a weekend of growth and that’s important. We’ll take what we learned and go to Gainesville and try to get to the finals again.”

The 2019 winner of the Auto Club’s Road to the Future as the NHRA Rookie-of-the-Year, Prock has a unique opportunity this week to become the third generation of the Prock family to reach the final round of the Gatornationals. His dad, Jimmy, crew chief on Robert Hight’s Auto Club Chevrolet Funny Car, has won the race five times, four with Hight, once with Top Fuel Hall  of Famer Joe Amato, and his grandfather, Tom, was runner-up to another Hall of Famer, Don Prudhomme, in the 1975 Gatornationals. Austin is making just his second appearance in the Florida race.  As a rookie in 2019, he qualified No. 10 and had a first round exit.

“It’s been a great start to the week attending the Hall of Fame inductions and celebrations. Listening to the wealth of knowledge of the inductees has been absolutely amazing. It already has me fired up and ready to continue to make my mark on the sport. I know my Montana Brand / RMT team will have the same energy rolling through the gates,” Prock said. “Hoping to get a win in Gainesville. It’s got a lot of sentimental value in my heart, with Eric Medlen. It would be cool to get it done for Eric.”