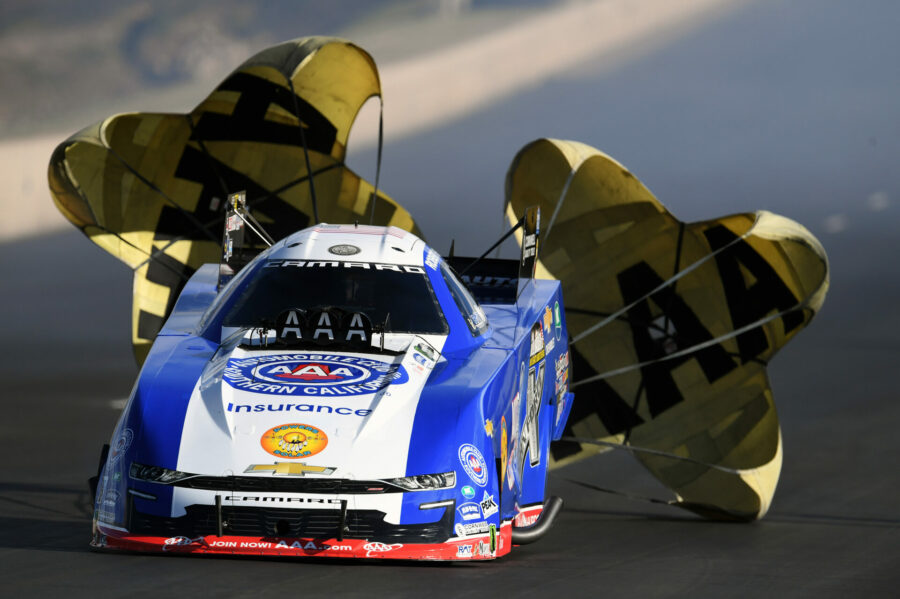 SONOMA, Calif. (July 21, 2022) – After conquering the Mountain and recording their fifth win of the season, Robert Hight and the Automobile Club of Southern California Chevrolet Camaro SS team head to the Denso NHRA Sonoma Nationals at Sonoma Raceway looking for their third win in a row and a chance to sweep the famous Western Swing.

Hight has attended all 33 races contested at Sonoma as either spectator, crew member or driver.  Growing up, it was the closest track to his home in Alturas, Calif., and it was there that he developed his passion for the sport. Sonoma Raceway is not only Hight’s home track, it’s one of his favorite, reflected in the fact that he has won the last three NHRA Sonoma Nationals’ Funny Car Wallys (2018, 2019 and 2021) and is the track record holder for time and speed at 3.807 seconds and 339.87 miles per hour, both set on July 28, 2017.  The speed mark is also the official NHRA National Funny Car record. In addition to his three most recent victories, he also won at Sonoma in 2008 and started from the No. 1 qualifying position in 2006, 2017 and 2019.

“We have a really good combination, we’re fine tuning it and getting better and better. Staying consistent is the trick, getting down the race track every time,” Hight said. “Competition is getting tougher and tougher and they’re coming after this Auto Club Chevy but Jimmy Prock and Chris Cunningham, they know there is more left in this combination. We have to treat Sonoma exactly like we did Denver, three good qualifying runs, race smart on race day. If we keep doing that, the wins are going to come.”

Bidding to become just the fourth driver to win as many as four NHRA Funny Car championships (after John Force, Kenny Bernstein and Don Prudhomme), Hight is the NHRA Camping World points leader on the strength of five wins in 11 events this year that include back-to-back wins at the season opening Winternationals and Arizona Nationals, a double up victory with teammate Brittany Force in Richmond, Virginia and now a streak of two consecutive victories at Norwalk, Ohio and the Mile-High Nationals last weekend in Denver.

Racing at the DENSO NHRA Sonoma Nationals at Sonoma Raceway begins with qualifying Friday at 8 p.m. PT and Saturday at 1 p.m. and 4 p.m. with eliminations beginning at 10:30 a.m. Television coverage of the event will be on FOX Sports 1 (FS1) for qualifying on Saturday at 10:30 a.m. ET and Sunday at 1:30 p.m. Eliminations will air on FOX Broadcasting Network Sunday at 4 p.m. ET.